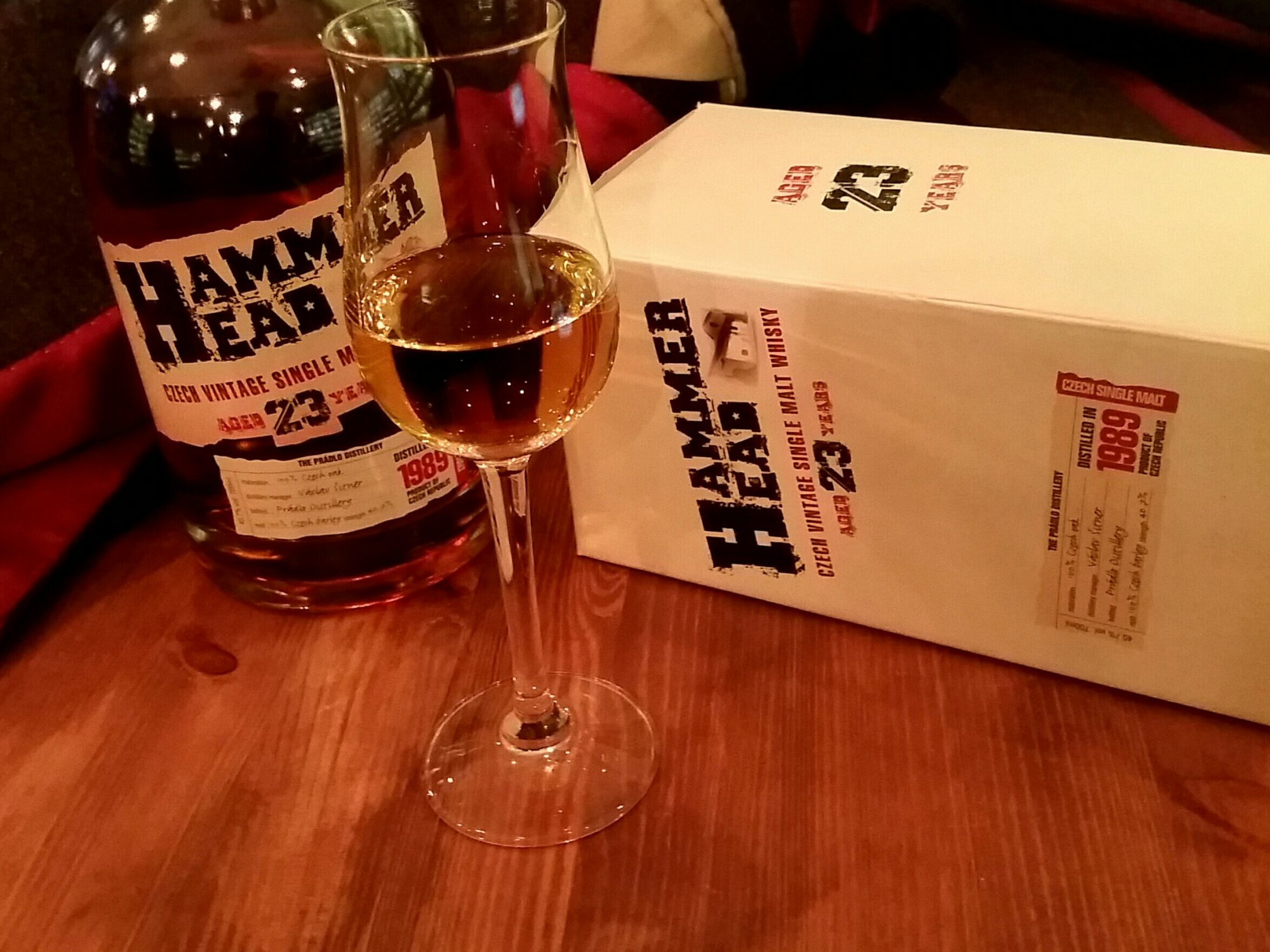 So when it comes to World Whisky Wednesday I always want to get something more than just any old World Whisky. While it’s all good and we all want to try it all, sometimes a whisky with a story rears its head, and demands you listen. So here’s a whisky with a story. One of those sit down young lad, you’re gonna love this. I first heard of the Hammerhead Whisky when talking with John Burke, asking the question of Mythical distilleries; Scotland has its fair share but who else is there? John gave me a broad grin and laughed out the name “Hammerhead”. He proceeded to tell me a story…

Back when the Czech Republic was still Czechoslovakia, back when the USA and Russia were butting heads (not this time, the other time), back when there was rising Nationalism around the Globe (I swear, this is in the past) and the Iron Curtain still stood strong as a wall dividing people and nations (that one was deliberate), Scotch, Irish, American or any whisky had little chance of appearing within the Eastern Bloc. The only spirits making it through were Soviet approved items, such as Cuban Rum for the Castro connection, and even then only went to those who could pay. Enter Vaclav Sitner of Pradlo distillery. Pradlo distillery was established in 1929 on the outskirts of Pilzen, making herb based spirits and liquors, but Sitner saw the gap in the market for whisky and had the same though we’ve all had before; why don’t I just make my own? Unlike most of us however, Sitner was positioned to be able to make his dream a reality. After acquiring a Hammer Mill (hence the name) and finding a few choice books on the subject of whisky distillation, Sitner and his team went to work, with a few odd choices here and there (Column to Pot distillation, 100% Czech Barley, Oak and Bohemia Water), and in 1989 the first casks dropped into the bottles. And then the Berlin Wall came down. Great, right? Not so much for Sitner and company; with the wall down, the goods flowing in from the West included whisky aplenty, and Sitner’s Czech Whisky was forgotten. As in, Soviet era forgotten. The mention of the distillery and whisky vanished until 2007 when Stock Spirits bought the distillery and came across thousands of barrel filled with liquid gold. Not to pass up on this, the whisky has been bottled in various age statements at Cask Strength. I glimpsed this bottle on a 40% off rack last time I passed through Dublin airport, and thought “I’ve never had a Czech Whisky before” and treated myself to the bottle. Whether it deserved its place on that rack, I’ll be finding out now. 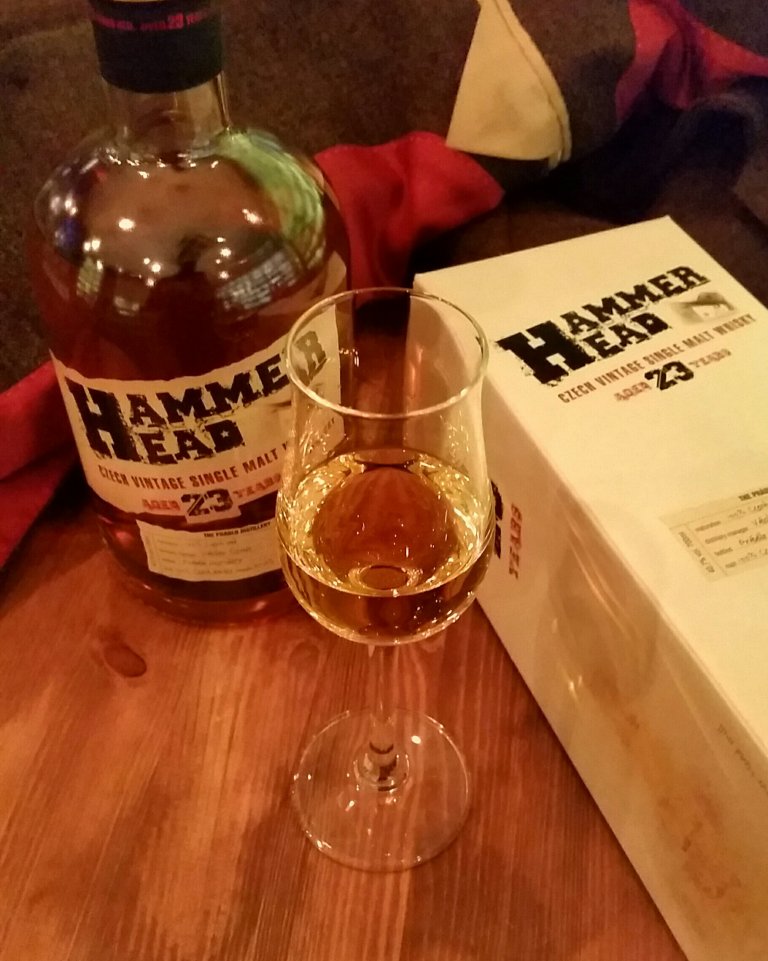 So the nose starts quite clean, hints of lavender, heather and fennel running through, before we start to get to the fruit; lovely sweet apricots, lemon, poached pears and good apple before raspberry gueze beer and a sudden excitement of fairy floss, bubble gum icecream and Irn Bru slushy sugar. Its all creamy though, and none of the flavours collapse to another, rather moving naturally through. Its all ends crispy after fashion, with fresh malt biscuits signalling the start of the palate.

Speaking of which, here we are; our first sip reveals zesty citrus dizzled over pistachio meringue, sweet mash, honey over corn and smooth figs. Then the chocolate covered strawberries move our way, rolling through a dusting of nutmeg and pepper along the way there, absolutely delicious. The finish is long and spicy, our fruits and nutmeg culminating in an exciting fizz of flavour, though it frays slightly at the end, really the other comment against the whisky. As it finally drops off some Zoopa Doopa icypoles wave a lazy hand and leaves us wanting more.

It was a good whisky. Damn good, in fact. The finish was the only mark against it, and it succeeded in experimentation and defying expectations. I have read and heard that there is meant to be a smattering of Orcadian peat in here and while I saw none of that I was happier for it. Would I buy it again? Yes, and I will be attempting to source some of the older variants in the future. Drams like this is why World Whisky matters folks. Do yourself a favour and try some soon.

One thought on “Hammerhead 23 Year Old”