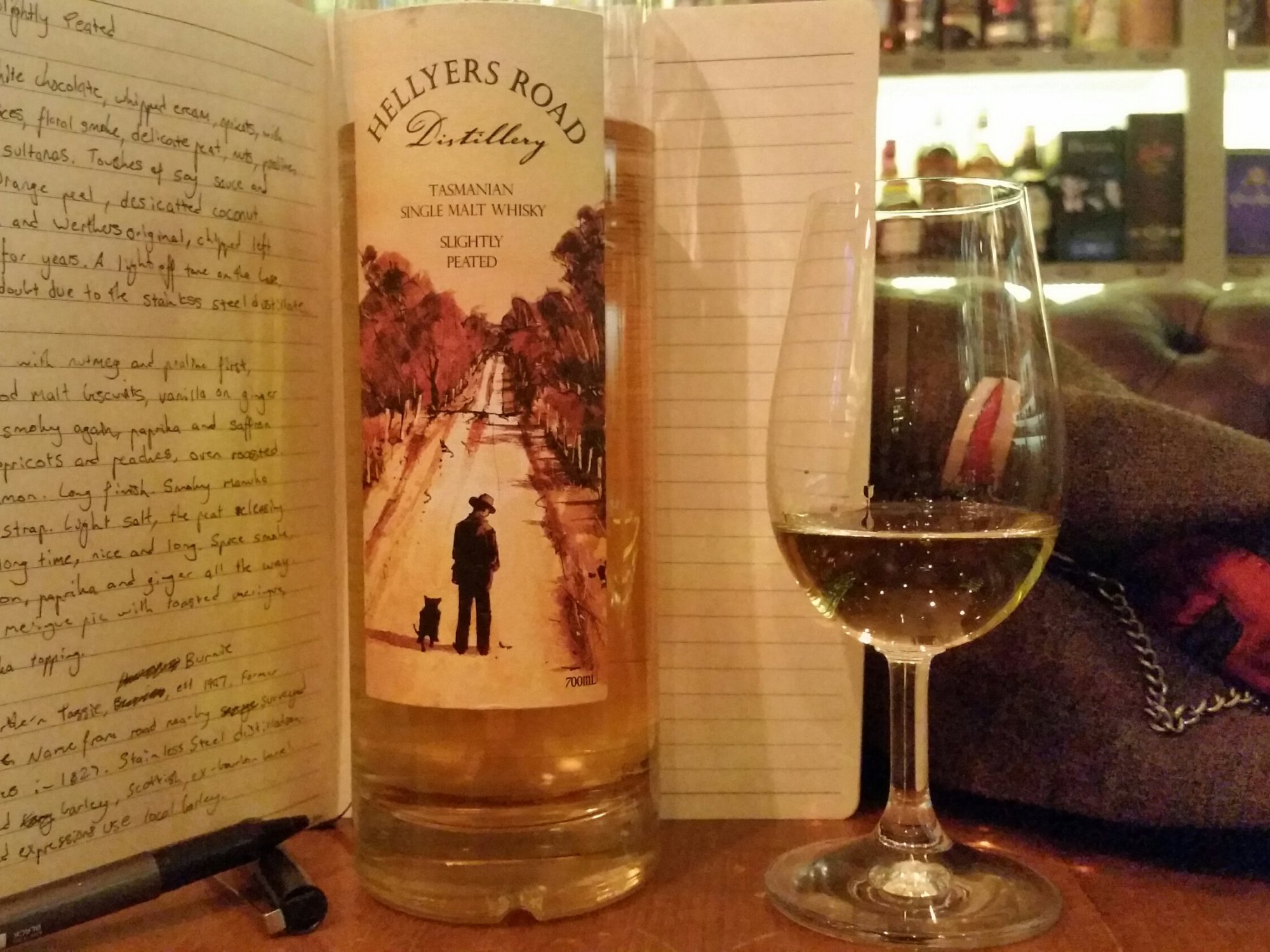 I left Australia in October of 2016, and unfortunately have not been back since. While it’s not right at the top of the list, one of things I miss the most is the whisky. While there have been a few tastings here and there, I miss the comfort of being able to pour myself a dram when I get home from work each evening, so imagine my delight when I saw this wee beauty on the 40% rack when passing through Dublin duty free. Oh, I had to stop myself from pushing aside the old couple who were glancing at the bottle, but lucky for me they moved aside when the fella loudly stated “Australians can’t make whisky”. Your loss is my gain mate, so for today’s World Whisky Wednesday I get to enjoy something from home.

Coming from Burnie, northern Tasmania, the Hellyers Road Distillery is named after a nearby road surveyed by Henry Hellyer way back in 1827. Now while the road has stuck around all this time, whisky hasn’t, not the Aussie stuff. Bad Frankie and his wife put a stop to that, implementing new laws that effectively forbade whisky distillation throughout the country. It wasn’t until Bill Lark got the b all rolling at the tail end of the millennium did we see a change, and Hellyers Road distillery was founded in 1997 out of an old Milk Co-operative. What else would it come from? This wee dram I picked up, and is already starting to look as though it will be gone by Saturday, is the slightly peated variant, using Scottish, and Inverness, peated barley as opposed to the Aussie stuff. Not having a ready source of peat (and other pesky mineral laws coming into play) the boys elected to instead use peated barley from Scotland itself. It should be noted that for the distilleries non peated whiskies, local barley is used, making this a very interesting whisky indeed. Another interesting fact is that the distillery uses stainless steel stills (try saying that six times after a few of these), giving it a unique distillery character. Bloody oath, it’s been too long. 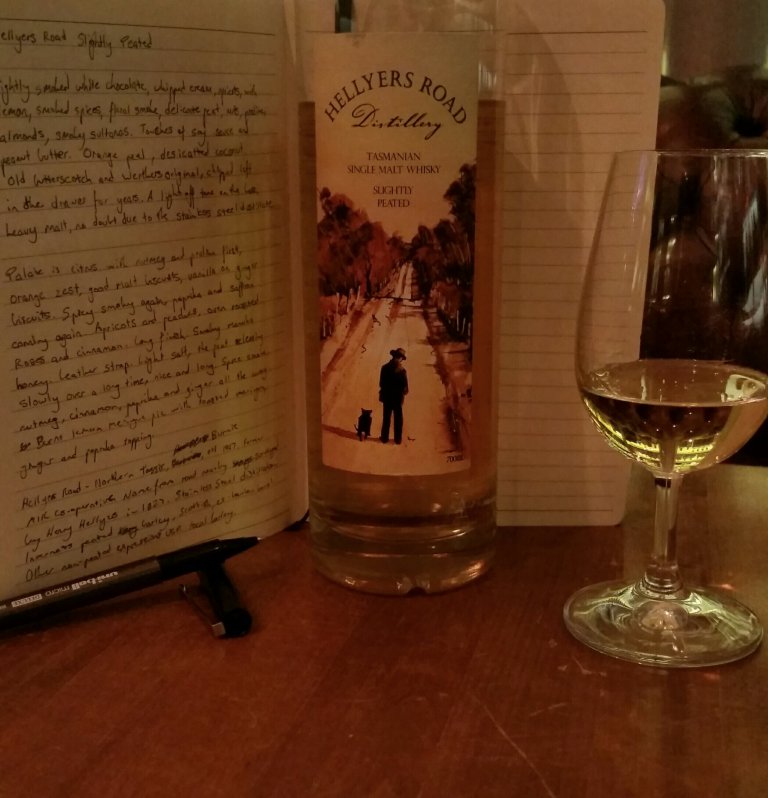 The nose starts on lightly smoked white chocolate with whipped cream, apricots and smoked spices; nutmeg and paprika. After that beautiful start we move into the realm of floral lavender and rose smoke, delicate peat and nuts before pralines and smoked sultanas, tossed in a frying pan with plenty of butter. I could on with a dram like this all day; orange peel, desiccated coconut and crushed month old werthers original rain down over a malt biscuits base, the whole nose a mouth watery experience that begs us to drink some. Surrender to that need.

The palate is citric, slightly drawing and puckering on the mouthfeel at first as we are greeted with nutmeg and praline, but moves quickly onto good malt biscuits and vanilla cream smeared ginger nut biscuits. Again we see those smoky spices coming through, paprika and saffron, before oven roasted peaches and nectarines dusted with cinnamon and roses petals before a glazing of honey. It’s a long drawn out finish, the smoke of a bushfire wanted to last forever with Manuka honey burnt lemon meringue pie with a dusting of torched ginger, cinnamon and paprika.

I have missed Australian whisky. The use of the Scottish peat and barley combined with the American Oak, distilled and matured in Australia makes for a different kind of dram than you would expect but still all the better for it, bringing the spiciness of Talisker, the softness of Speyside and the flavourful rush of the Tasmanian bush all together. While the whisky is hard enough to find in most of Europe, and next to impossible in Ireland barring a miracle duty free find, the whisky is one to try should you want to experience something different. Who knows, if you send me a message and I’ve not finished the bottle I may send you some to try for yourself.