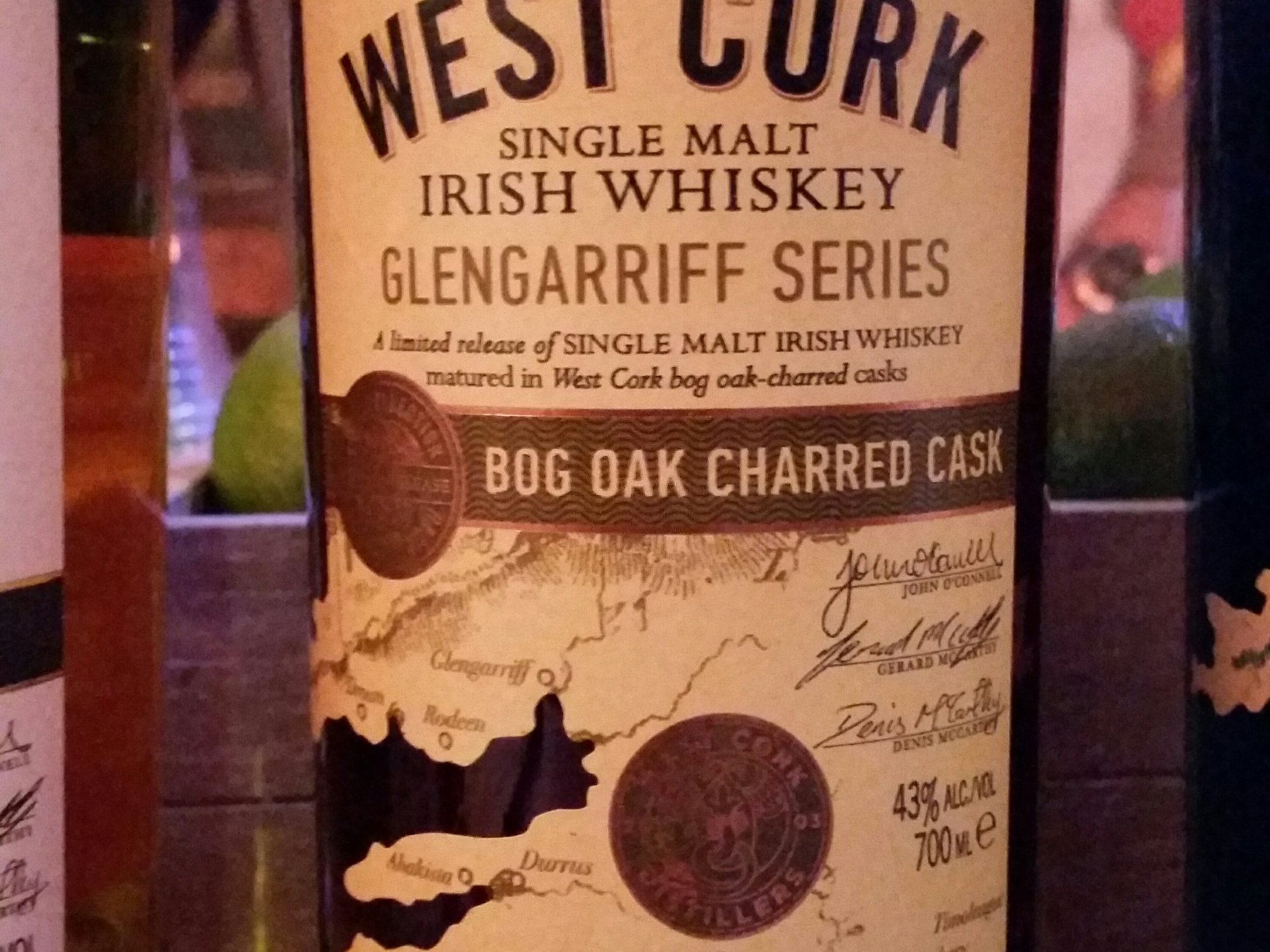 Hooray for smoke! While Ireland may only have one distillery currently producing a standard peated expression, that doesn’t mean that is all that’s here. As we have seen with some producers (such as Glen Moray) aging and/or finishing their whiskies in cask previously containing peated malt, West Cork have taken this one step further with the Glengarriff series; taking bog oak from the Glengarriff Woods in south western Ireland, and using this to smoke their casks with West Corks charring device. The result is a five-year-old single malt whiskey, matured first in ex-sherry barrels, and then finished in a Bog Oak smoked American Oak cask. Now this is a roundabout way of adding smoke to the whiskey, as we known peat is normally used to dried the barley during the kilning process, imparting those delicate smoky tones, and the charring of the cask normally comes from gas powered flames. This lignifies the wood, allowing for more of the vanillin’s to comes through and increasing those flavours dependant on the heat and time of the flame, from a toasting to a grade 4 alligator skin char. This smoking and charring with the bog oak takes a much different approach, and while it certain allows more of those vanilla tones to come through it is tempered by the bog oak and the powerful smoke it has sent off. But how does it taste?

The drams with some light grassy tones, our approach through a field as we see an Irish pine forest rising before us. As we take another breath suddenly we are swept into the heart of the forest, with spice covered oak surrounding us, earthy moss, red oak and touches of ginger. Some sap starts to roll down the side of a tree, and turns into apricot jam shortly after, meeting dark chocolate, burnt flowers and a smattering of perfume. As we reach the end of the dram we see touches of maple syrup, hints of brick dust, and the first tones of spicy smoke in the distance.

The palate continues this trend, with light spice of cinnamon, a metallic tang, smoked rye and hazelnuts before apples baked with a honey glaze. The earth comes through again but feels quite fresh rather than forest floor-y. Next we start to see dried fruits of raisins, cherry and pear, a touch of orange rind over some brown sugar and a touch of chocolate. The finish is shorted than expected, with light bark, grass and hay smoke, a delicate finish with a hint of ginger burning in the core of the small fire.

It wasn’t what I expected. Years of loving and drinking peaty whisky lead me to expect different tones, but this was something different, and worth a chance should you see it. Instead of the heavy earth and coastal tang we normally associated with something smoky, it was instead light and delicate, with the sherry spice moving in cohesion with the smoke. While I would have enjoyed the smoke to be more intense, this was certainly something different and a drop that should be sampled, if only to see what else can be done with whiskey, and I look forward to seeing what other experimental casks that West Cork sets their minds to.