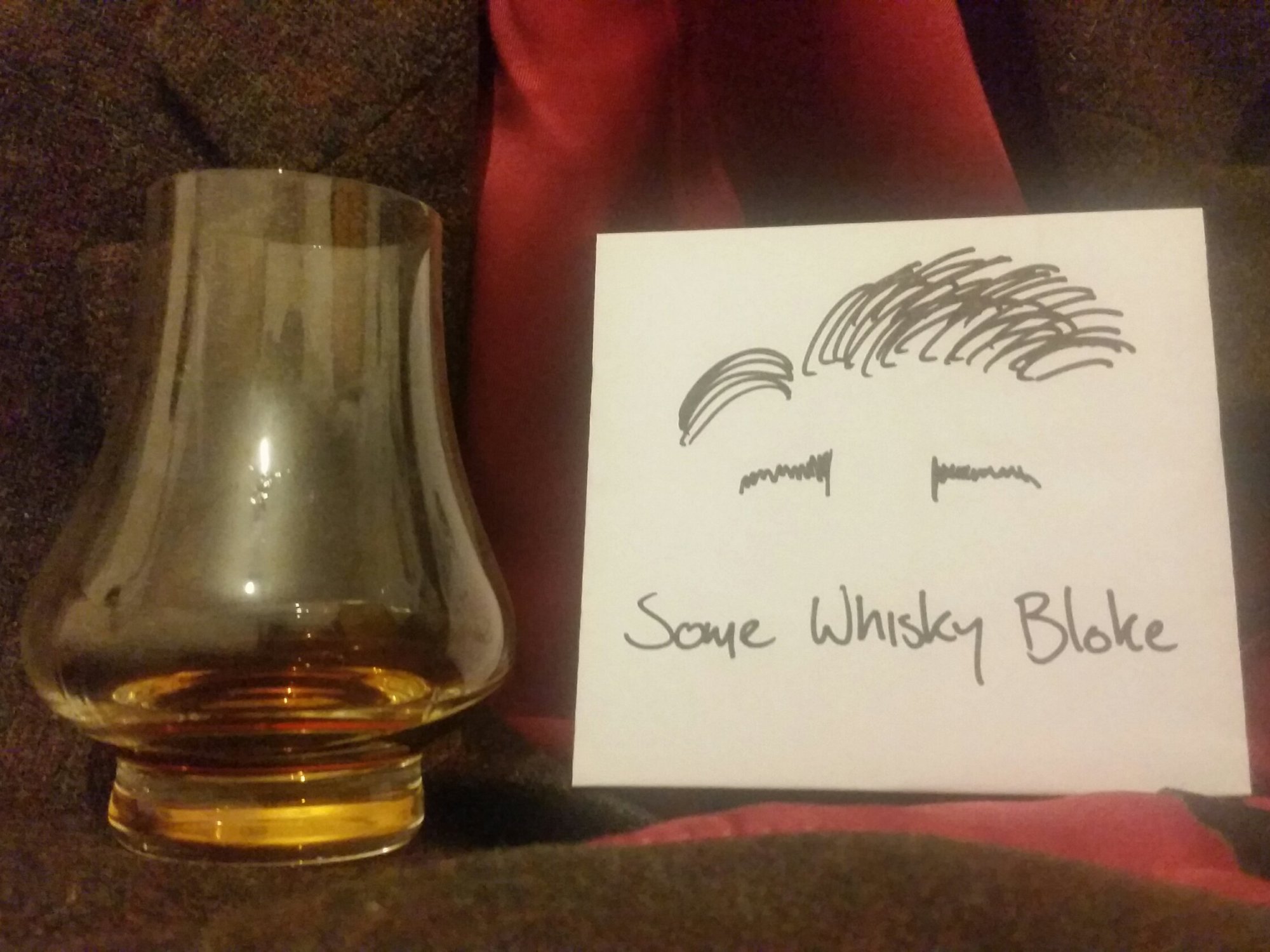 If you’re reading this, chances you enjoy a tipple every now and then. So do I, and I’ve been known to enjoy more than my fair share on more than one occasion. Plenty of articles have been written about the amazing taste of Macallan Lalique, Little Mill 40 Year Old, Cask Strength Single Cask Rosebank, Redbreast 32 Dreamcask, Pappy Van Winkle (pick any of them), but all of these have a similar problem; I, like many people in whiskey, cannot afford them. Hell, some of them cost more than I make in a year, even if I sold my good kidney.

As wonderful as it is to hear about these fantastic drams, it seems to me that these articles have been getting a lot of views considering most of us who read them would be laughed out of the store “If you have to ask the price…”. So I wanted instead to take a look at those under rated whiskies that we’ve likely all seen, but for some reason or another we haven’t picked up, and we aren’t excited to read about. Maybe you had a bad experience with one of these bottles. Maybe you actually have never seen them. Maybe you belong to a third despised category; “I wouldn’t drink that, it’s bloody cheap.” To the last category, please stop. Please, just stop.

So, without further ado, I am presenting a list made of love of quality whiskey and all those days I’ve had to dig around the back of the couch for a few more quid. Here are the 5 best Irish whiskies for under €50 (in my opinion), and why you should buy them. And should anyone make a face when you offer them a whiskey due to its price, feel free to throw it in their face. These are good, cheap and plentiful. You can always buy another one.

So we start with the Founders Reserve. 70% single malt from Bushmills and 30% pot still from Midleton, the dram is a creamy dream, but what’s impressive is how much Bernard and Rosemary Walsh have done with the liquid. The whiskey market, Ireland and out, is saturated with independent bottles left right and centre. The problem with most of them is that, well, they’re not that good. Plus, a lot of them somehow make their way over that €50 mark for some obscene reason. The Founders Reserve however? Damn good dram, at a damn good price. Ah, the magic of Walsh Whiskey.

A complex yet effortless bounty of pears, honey, and pineapple falling over a plate of danishes, incredibly easy on the nose and with touches of melting vanilla ice cream flowing off the dram. On the palate there’s a plate of beautiful danishes, all cooked fruit and apricot jam just aching to be enjoyed and loved, before a vanilla waffle cone eases off the dram to plenty of fresh fruit and touches of spice for a well rounded finish.

You’ll see a bottle of this wee drop in different stores, and a few folk wont give it a second glance. Maybe it’s the price, maybe it’s the label, but the Lockes 8 Year Old is a brilliant whiskey. Double distilled at Cooley distillery, the whiskey is a blend of malts between 8-10 years old, and a small 10% of its malted barley is peated, giving it soft smoky tones. Now, all this may ring familiar to those east of Ireland, as the whiskey falls more in line with some of you Scottish malts than the Irish. Don’t be fooled though, the Lockes 8 is as Irish as they come. First released in 2000, it has picked up a host of awards, and deserves the lot of them. Should you want to experience a lightly peated Irish malt, look no further than Lockes. 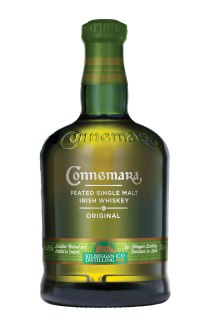 Speaking of smoky notes, we’re here with the Connemara Original, also from Cooley distillery. The definitive peated Irish malt, Connemara Original is also double distilled, but the barley peated to roughly 13-15ppm, a lighter touch than what most peat drinkers would be used to (Islay, a traditionally peated region, see’s an average of 30ppm). This is not to say that the dram is not worth your time however; the whiskey is a sure fire hit in Ireland and abroad, and is an easy stepping stone for a lot of folk looking to get into peat. After the initially distillation, the whiskey is matured for 5-8 years in ex-bourbon barrels. With a happy Irish character behind the flavour, the whiskey is definitely one for the glass. A wee tip; it also makes a grand ingredient for a peated old fashioned, along with a lightly charred piece of orange peel.

Smoky citrus tones meet a twig, grass and hay fire on the nose, before the peat really starts to become noticeable with plenty of spinafex, driftwood bonfire and roasted apple tarts. A sip reveals smoky honey and the charcoal remains of a fire in a cottage grate, toasted marshmallows and touches of dusting cocoa powder with a smoked salt and honey finish. 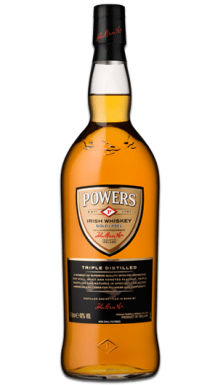 While Midleton has plenty of the most expensive whiskies in Ireland under their own labelling, the Powers, also from Midleton distillery, represent some of the best that Single Pot Still and Midleton has to offer. The Powers Gold Label sits pretty at number two and while there is arguments for it being number one, that spot was taken a long time ago. Powers represents fantastic whiskies that are passed by all too often, and while there are some in the range that are sure fire hits, the Gold Label is arguably the best in the range, and definitely the most affordable. Centuries of tradition have been finely honed into this, what has historically best Ireland’s best selling whiskey in Ireland. Nowadays its a blend of pot still and grain, matured for 5 to 6 years in ex-bourbon barrels, and sitting at 43.2%. If you live in or are passing through Ireland you’ll most likely see it sitting behind the bar in a large speed pour bottle of a few litres, but don’t be fooled into thinking no love has gone into this whiskey; Powers Gold Label is a grand wee drop for new and old whiskey drinkers alike.

Ohh now that’s smooth; silken caramel studded with spice drift off the nose, cinnamon, light clove, nutmeg, with a drizzle of honey over the top and a few flowers scattered here and there, a touch of rosewater and Turkish delight. I’ve always thought the mouthful of this whiskey is similar to the feel of Nina Simone’s music; soft, supple and beautiful. The palate tastes of slow rolling honey with spice mingled in,before toffee and a light coffee note comes through on the finish. 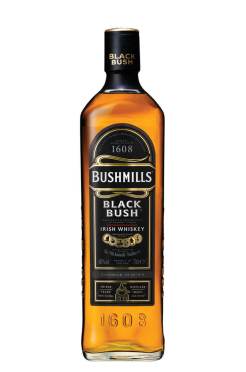 We all knew this would be on here, don’t kid yourself, and I wager a few people could this coming into number 1 as the list went on. Bushmills Black Bush is… well, it’s Bushmills Black Bush. Nuff said really. Bushmills distillery, Northern Ireland crafts this (you could probably guess that) and uses 80% triple distilled malt and 20% grain, the malt aged in ex-oloroso for around a decade and the grain up to eighteen years before being married together for a truly spectacular whiskey. It’s not just the flavour of this that makes this the best whiskey for under €50 however; the amazing taste, the drink-ability, the price, and the sheer availability of this dram all come together for a beautiful dram that always has a place on the shelf. Damn, I love this whiskey.

Roasting apples with coconut slices, barley sugar and Anzac biscuits move off the nose in a lazy yet confident fashion, with light lemon and oily spices. On the palate we see the evolution of that grain in a surprising amount of vanilla, tempered down by a firm hand of stone fruits, liquorice, black tea, cinnamon and ginger, before a finish of impeccable sherry, malt and grain, an Anzac biscuits with a topping of passion fruit frosting and cinnamon flakes. Delicious.

The best Irish Whiskies for under €50. It was a long and hard journey making the short list, and harder still drinking all the stuff to decide the top 5. These are all brilliant wee drams, and worth a place on everyone’s shelves, to have and share with mates. Now, if you disagree with the list, that’s fine. Whiskey is intensely subjective, so if you feel that I’ve missed something, forgotten a fact, got something wrong, or simply must be mad for these rankings, let me know. Start a conversation. Write your own list, and when you’re done, look over each whiskey in turn, but more than anything else enjoy it. It’s damn good stuff, and deserves to be enjoyed.

One thought on “Best Irish Whiskey under €50”