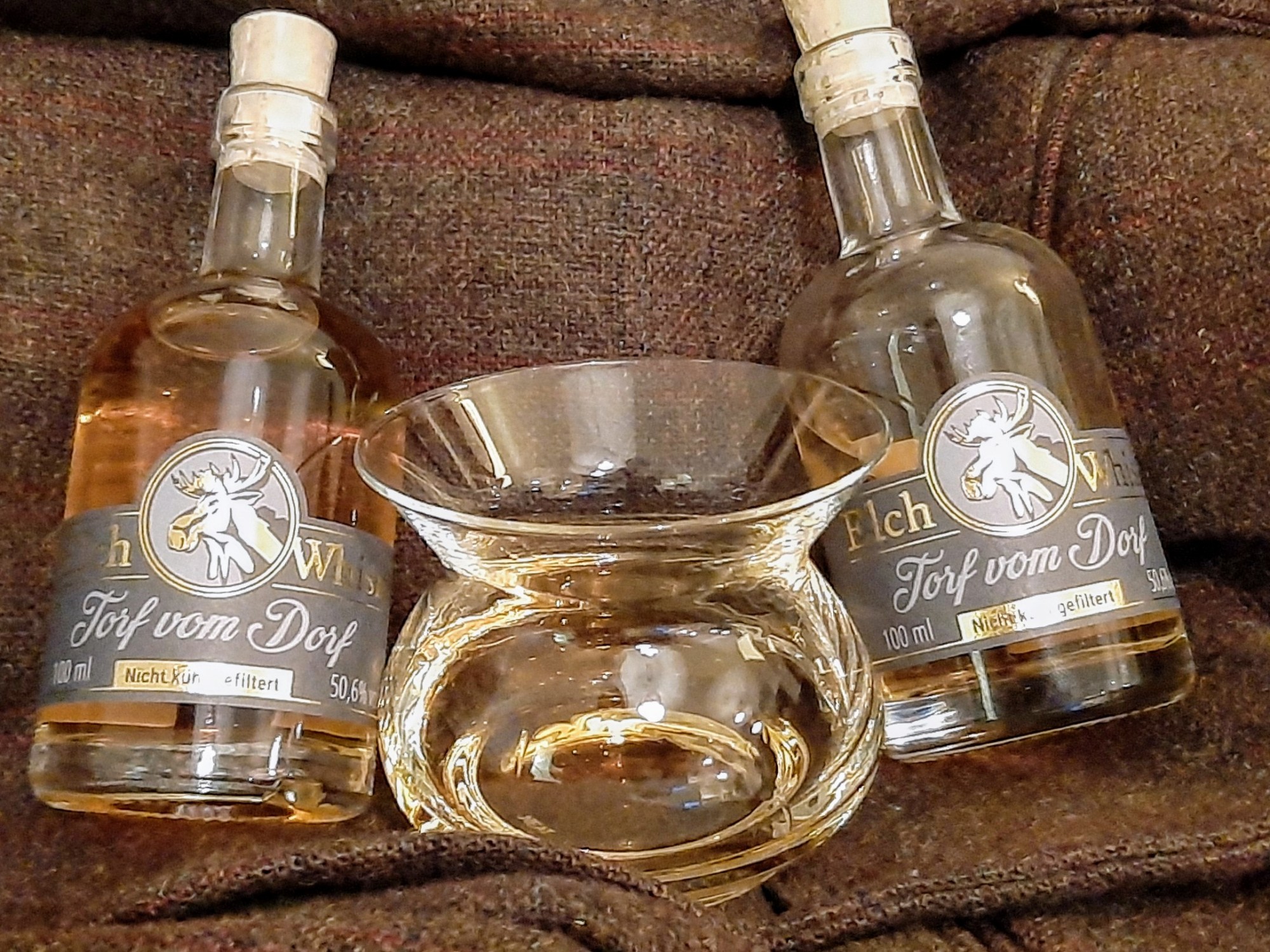 Its happened, I’ve managed to post reviews two weeks in a row, but today is not about that. Today is, as we all know, World Whisky Wednesday, so we are focusing yet again on a wee distillery outside of the countries known for their whisky. What are we looking at today? 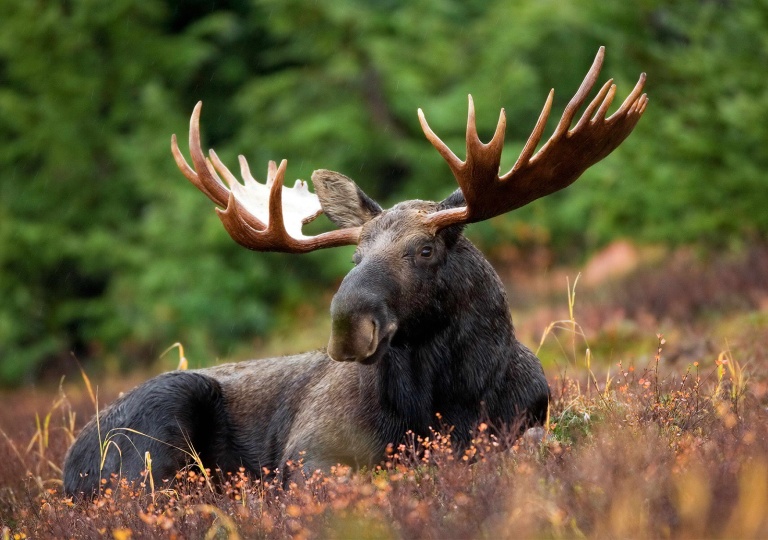 We’re looking at the Elch Whisky, the Moose Whisky for those who nein sprecken Deutch (its fine, I don’t either). Elch whisky comes to from Thuisbrunner Elch-Brau, a wee German distillery near the town of Thuisbrunner, an odd few kilometres north of Nuremberg in the Franconian Switzerland. As I have learnt, this is not in Switzerland, nor near Switzerland, rather the region is named after the book Die kleine Schweiz (Little Switzerland) written by Jakob Reiselsberger, which describe the books as such due to its mountains, valleys and rocky areas, putting visitors, particularly Jakob, in mind of Switzerland. But you don’t come here to hear about geography, you come here to learn about your next tiny distillery pilgrimage. So, Thuisbrunner Elch-Brau. The brewery and Inn date back as far as the 16th century, and continued as such, distilling the odd fruit liqueurs here and there, until Georg Kugler thought he might do something different. Born 1977, Georg is the brewmaster, malting master and beer muller. According to local legend, as a young boy he watched his god fathers coffee pot a-going, and discovered a love and keen interest of the process and in 2002 he and his wife (Bianca) took over the estate from Georgs godfather, before replacing the original 1960’s distillery in 2013 with a new plant and a 1000L still, one of the largest in the country.

So we arrive at the Torf vom Dorf Whisky (damn that is satisfying to say). The whisky is Franconian single malt, utilizing malt from a Belgian malt house, Castle Malting, peated with German peat, apparently the first time German peat has been used in whisky! Distilled on site and then diluted to 62%, the whisky is then filled into bourbon, sherry and acacia casks before its aging for at least 3 year and hitting the glass at 50.6% and 34ppm. And it’s done quite well for itself in recent years, picking up the Silver in Germany’s Whisky National of 2018, and was awarded double gold in the World Spirit Awards of 2019.

Now, I wasn’t lucky enough to stop by the distillery to pick up my wee touch, I picked it up at a whisky show, but so enjoyed the whisky I picked up two bottles (small bottles, I know, I’m not made of money). Having said that, I think this is something to see, and the idea of staying in the inn right next to the distillery? That sounds amazing. Enough of that though, onto the whisky.

I have two bottles, does that make it Meese Whisky?

As soon as it touches the glass, the flavour begins; dried leather starts, with fruit strap of fig, prune, plum dusted with a touch of camomile. We dive a bit deeper and can see the wood, particularly the acacia, starting to show its hand as pepper comes into the fray, with a bit of sherry vinegar moving against heather, lavender, almonds and vanilla, not at all unpleasant but rather something new. As we continue the peat starts to come in, young wood left to dry in a floral and pollen heavy forest, then dropped into a fire pit of old cold ash and ancient wood. The smoke starts to rise, and we get spicy flame, young wood and grass burning atop that old cash, stirring it up and heating lumps of volcanic rock underneath. It’s damn delicious.

Oh, that spice is the first thing we taste, the sherry and acacia wood delighting in the fact that they are here. Pepper moves atop raisins, plums, apricots and dates dunked in a pot of sherry with a touch of iron moving through, a mineral element that really helps to change the whisky up, and then it turns to a Christmas cake heavy on the ginger and cinnamon. And then the peat hits, and hits hard. All the flavours start to be swallowed by the fog, that little bit of cocoa nibs? Swallowed. Touches of honey falling from a warm jar, gone. Malt biscuits and nuts, enveloped by the smoking fog, but its not intrusive. Rather, it helps to envelopes the taste and the palate, and brings in a warm smoky finish, not as long as I would like but generous all the same, and by the time the smoke clears I want to dive in all over again.

That’s a tasting whisky. Its not an Islay, though the peat is reminiscent of some sherry casks. It’s not Scottish, though you can see the influence there. It’s a German whisky, and German through and through. Its inquisitive, intelligent, and different. The use of the acacia casks really sets it apart as well, while a triple cask is not uncommon the acacia wood does something very different, and Elch utilize it better than almost anyone else I’ve had the pleasure of tasting. In the end, it’s a whisky you should try. Maybe you can’t make it all the way to Franconian Switzerland, but surely you could order it from somewhere. And you probably should, but if you don’t it just means I can.

One thought on “Elch Whisky”