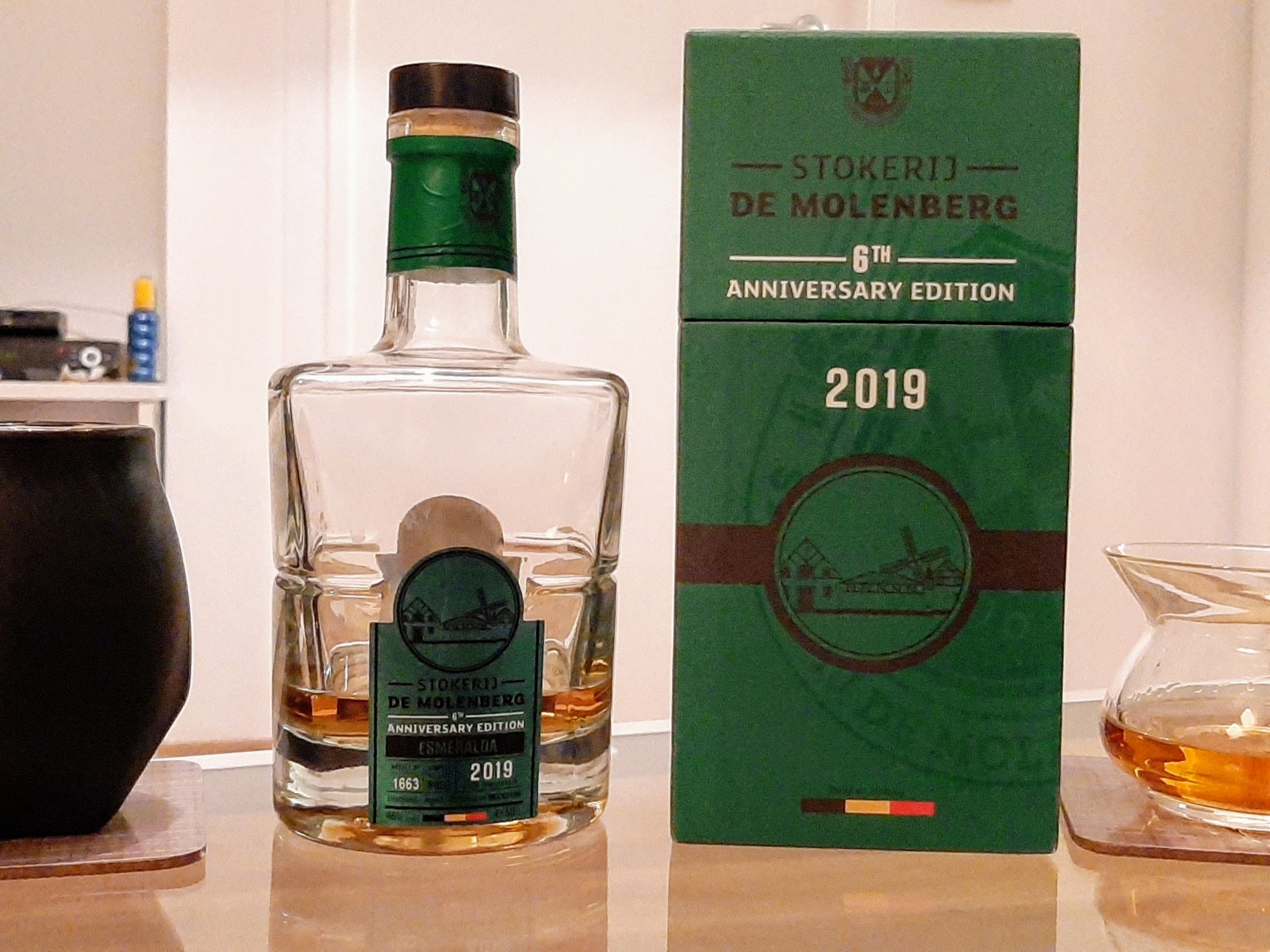 ‘What is important is what you have in your glass.’

Somewhiskybloke visited De Molenberg Distillery 3 months ago. The call of quality whisky cannot be ignored so I managed to wander back to this whisky haven and sit down with the master behind the taste, Charles Leclef.

He’s a striking man to look at, crooked smile, swept back hair peppered with a touch of grey that comes across distinguished and earnest, and a calm manner. Sitting in Het Anker brewery, I was fortunate enough to sit down with this man for a dram and a chat…

‘If we go bigger it means that we may lose what is Molenberg Distillery… Having that history of distillation, we can show people what means a lot to us, it means we can share our family history with people’.

It’s calming, and refreshing to know this. I originally thought there may have been city laws that prohibit the distillation of spirits within the city limits but having the distillery at the old family home of De Molenberg Distillery does make a difference. Having a family history in distillation, however, does not translate to being a distiller, especially when your family, in the case of Charles, have a history of Genever distillation.

But this all changed after a small trip to Scotland.

‘I went to Scotland and I did a small tour and then I hear, and people say yes, this company they are the real one, they are called Forsyth’s, it’s a family, and they are really specialized in making the copper pot stills.’

A family run coppersmith company, Forsyths is arguably the best in the game, and have supplied to the likes of Yamazaki, Glenlivet and Kilbeggan. A chance to work with them is rare, but the luck was not over for Charles as someone special was around the corner to help get the distillery running.

Having said that, Charles does not consider himself a master distiller.

‘What is master distiller? There is no whisky coming out without my approval of creation, but the funny thing is my son, one of my sons William, he is involved in everything. You cannot ask a brewmaster; ok guys, we have here ten barrels and whisky spirit, strong alcohol, and expect them to turn out something.’

To begin with, Charles gave William one form of responsibility: the distillery. While this has many facets, gradually Charles has handed more and more freedoms to his son, to explore and grow as a distiller. Here you can see the formation, or rather the reformation of family led distilling, passed down from one innovator to the next.

‘We were thinking oh wow, Dr Swan is coming in, he also understands the philosophy behind us, and so he helped us to create the Anker cask’.

Meeting in Belgium, Dr Swan quickly looked to see the distillery site, and agreed to help. LeClef commented: ‘Who [was] I to say no, or know what we could do as we didn’t have enough knowledge’. Helping in the beginning to find a balance between the first maturation and anker casks finishing, De Molenberg Distillery are ‘very indebted to Dr swan, he was an extraordinary person’.

While De Molenberg Distillery saw their own track ahead of them, not necessarily in line with your standard whisky based countries, having someone such as Dr Swan certainly helped them along the way in all factors from productivity to smelling of the wood. Dr Swan suggested to De Molenberg Distillery that they ‘Never cut costs, never make savings in any parts, wash, distillation or maturation’. As LeClef describes this, it seems almost a mantra as well as a word of wisdom.

There has been impressive growth from starting with next to nothing but a pot still distillation from Forsyth’s, to now releasing in multiple markets, with accolades from far and wide. As Charles says,

‘Credibility is a great thing to us… if I do whisky you have to have a good wash, distil it correctly and put it in good wood… People know Belgian beer is good, they know it all over the world, we will not try to make savings in that’.

From day one, they have had their minds set on a good distillery, high quality copper pot stills, and good quality wood. Originally brewers, they have a high-quality wash to start with, their Trippel wash for the Golden Carolus minus the herbs and spices – something that, unlike most washes, you could simply drink as beer.

Moving on to the casks designed by Dr Swan, it is worth admiring how they are rejuvenated ex-fortified wine casks used to finish the whisky after the initial ex-bourbon maturation. And that has shown as well, after 3 years they sent their spirit to IWSC, being rewarded with a bronze medal in their category. Their long struggle had paid off, and they have been recognised.

While the taste will not be anything like a heady Laphraoig, they hope to expand on their whisky range with the new line.

De Molenberg Distillery have the freedom to create new ranges, new expressions, but they are also asked the question, ‘What makes a Belgian whisky?’

The Scotch Whisky Association (SWA) is Scotland’s regulatory body for whisky, and the IWA in Ireland is their counterpart, but in terms of a ‘BWA’ there is little growth. As a primarily beer drinking country with a history steeped more in brewing than win distilling, Belgium lacks the traditions of their western cousins, and, as such, lacks the regulations to govern Belgian whisky.

Charles shared his thoughts on the direction of the Belgian whisky industry and how it compares to the Scots.

‘There are a few people trying to do it the right way, where you have the correct pot still distillations, the right aging, not anything too fast. But it’s very difficult because we have no traditions about it, so you have to create them very quickly.’

But he also accepts that there is a strong sense of competition where ‘everybody has their own agenda, their own ideas to see’ adding that ‘you have players who want to have big money, you have guys who make a few bottles and that’s difficult to bring up. Scots are very powerful and… I think that there is probably… lobbying trying to stop this new kind of small distillery.’

This expansion of industry is not a new phenomenon (as seen in Australia, Germany, Japan), and has been the source of great hurt for some distilleries. Famously, distilleries such as Glen Els and Castle Glen had been visited by groups demanding that their use of the term ‘Glen’ has Scottish implications and connotations and must be removed.

What are you to do when your country has no regulatory body?

LeClef explains, ‘For me, pot still distillation is very important, especially for the small ones, no columns – as we are small. And then for the Belgian part, where we are known for our beers. And so, that’s the reason when I say ok, we will start from making a good wash for our beers and then distilling in the right way we have a whisky with a Belgian connotation. From the start, you have different approaches, different intentions and business models, and it’s difficult to start from that. It’s a European regulation that you must bring in a production sheet with some different specifications that can be special enough to receive appellation. You can make whisky everywhere but not scotch, but what can you make it Belgian whisky?’

De Molenberg Distillery never wanted to be a gimmick, but rather a real product. Belgian whisky is not unknown, but there was a clamour for the whisky when the plans for the distillery were initially announced.

‘So, I started and I said we must distil. When people heard this, they asked will it be good? And we said, well, we will see. And then you have our whisky which is quite good! In our first three years, when we sold nothing, people were going crazy! We didn’t know what was going to happen, even going to the bank they were asking what is the whisky like, oh we don’t know, how many litres do you have, oh we don’t know, how many barrels, I’ll have to go look. What’s the value of it? At this moment, zero. But thanks to that, now after a few years later we can make things like our Esmerelda, our Victor, our other anniversary releases, and if something is not good, we can throw it away, and we have that foundation for our annual release.’

‘I think the anniversary editions, must be to have an idea. We had an idea of madeira casks and we said ok, we’ve used the port casks and the madeira is different but let’s try it.’ 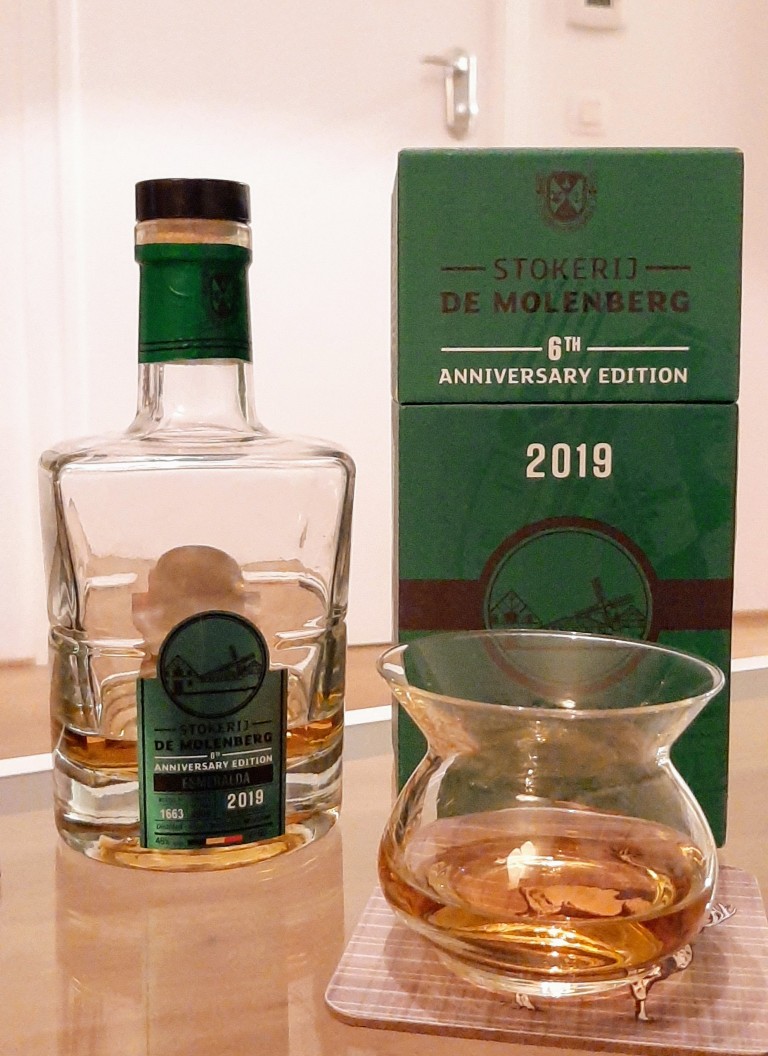 Originally, the Esmerelda started as an idea of what could be. Some spirit was placed into madeira casks from day one as new spirit, some spirit in madeira casks after three years with regular maturation in bourbon and then until De Molenberg Distillery found “a harmony of different tastes”. Though they can never use this as their age, the spirit being a mixture of many different maturations. It’s a mixture of different things, part finishing, part complete maturation, a balance between finishing, full term and re-racking.

De Molenberg Distillery know what they are capable of, between the marketing and the commercial, they keep a balance between the two as, to Charles, it’s not a question of releasing rather a question of credibility.

I always have a review on World Whisky Wednesday, and this week is a touch different. As she was my introduction to De Molenberg, this week I’m joined by my copy editor (and partner in crime) Somewhiskylass reviewing the De Molenberg Anniversary Edition, the Esmerelda.

A limited edition released to mark the 6th Anniversary of De Molenberg Distillery, the Esmerelda has an initial 30-month maturation in ex-bourbon casks before a rerack into Madeira Wine casks for 48 months. After admiring the light garnet colouring of the whisky, myself and Somewhiskylass nosed right in. 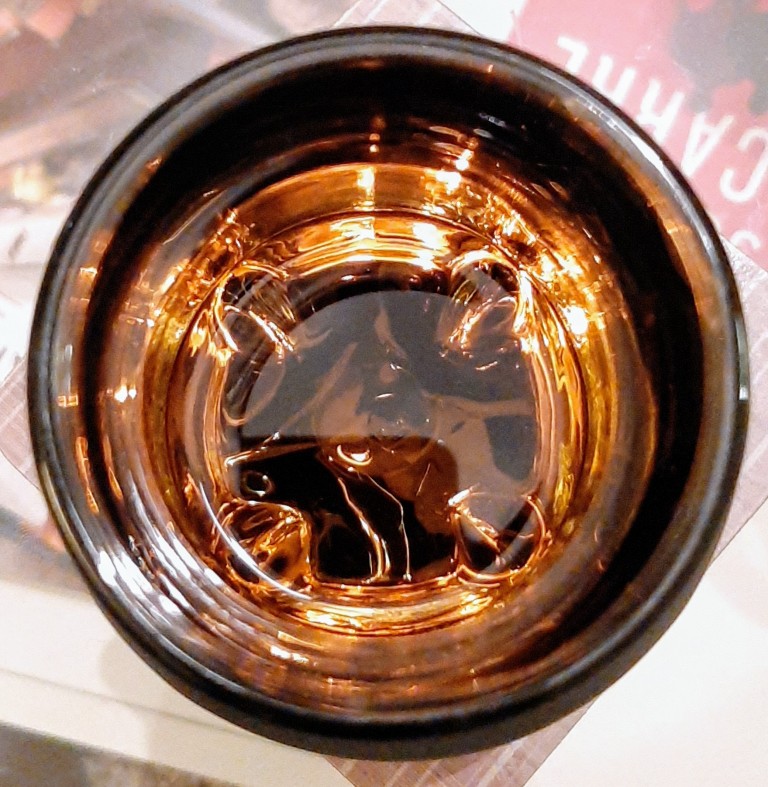 Finish: A taste of chocolate with a metallic zing to follow.

Nose: Demerara sugar with cherry starburst and touches of goji berries nips dipped in dark chocolate. It turns to natural tropical fruits soon after, mango, rambutan and lychee together with some roast peaches all glazed with Glayva. Soft cinnamon, a bit of cherry and strawberry pie, and then subtle hints of all spice. All the notes hit right where you want them.

Palate: Sipping the whisky, I first got a hint of red apple, with soft passionfruit, kiwifruit and then caster sugar. Chamomile and peppermint start to come through delicately, and then a hit of IRN-BRU with fig. A touch of hazelnut, and then sweet orange and lime juice, easy on the citrus but showcasing that natural fruit flavour.

The finish is delicate, sweet citrus back again with mandarin and rosewater. It’s long, and the citrus rises on the mouthfeel, tingling all the way before tapering out with rambutan and watermelon juice.

This is a damn fine whisky, real testament to what can be done with quality wash, stills and maturation. It bodes well for the future of De Molenberg. It’s a shame that something such as this is not a standard release but having this as a special release makes me more excited for what else will come from De Molenberg in the future.

A big thank you to my copy editor Somewhiskylass for introducing me to De Molenberg, for joining me on this review, and for all the editing I put you through. [I love you for this.]

Please note that this review was not sponsored by any distillery, De Molenberg or otherwise, and is entirely the words and opinions of the author Somewhiskybloke (and Somewhiskylass).

4 thoughts on “What is important is what you have in your Glass, an interview with De Molenberg”