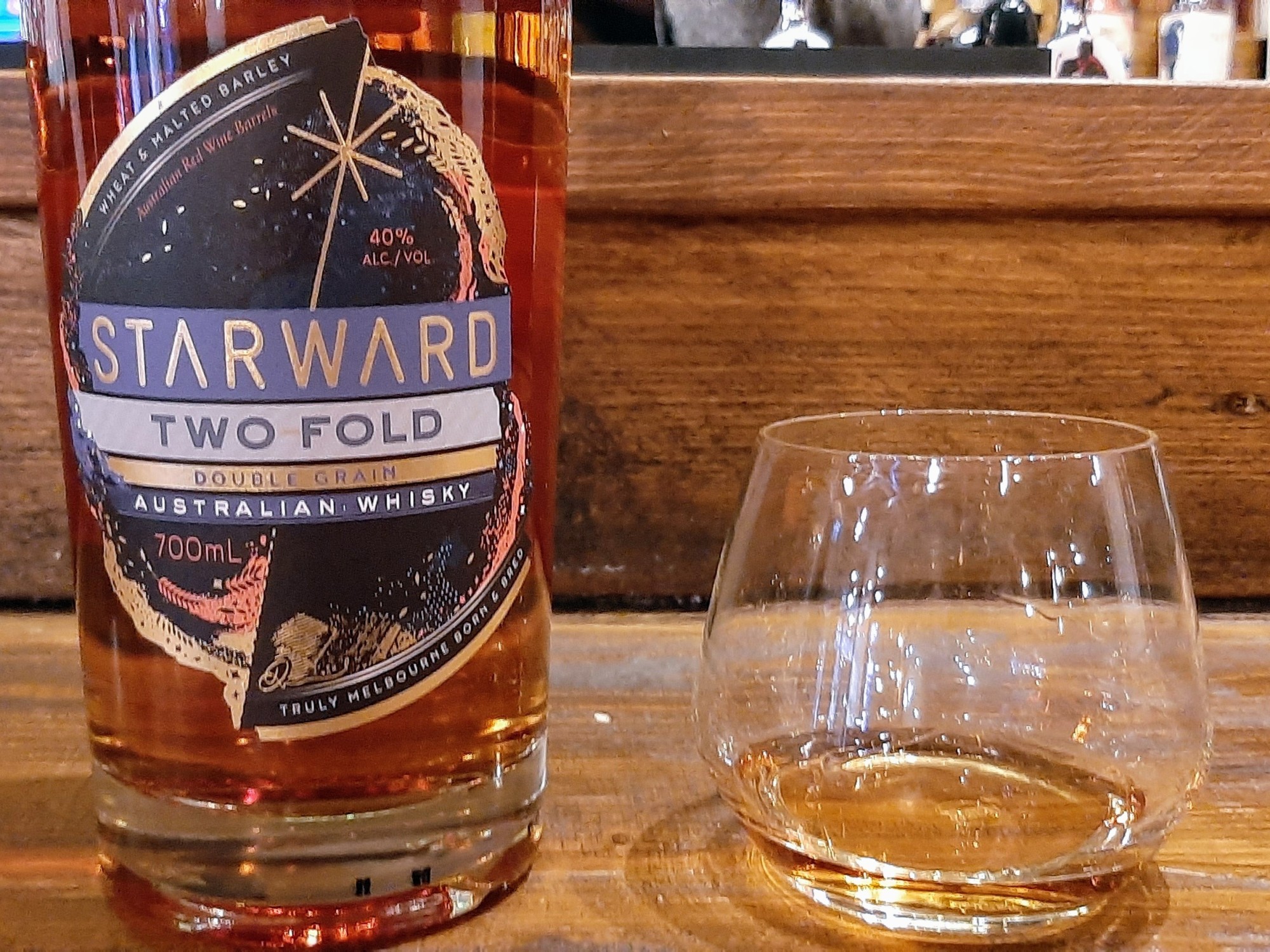 I always love doing World Whisky Wednesdays, the idea of learning about new countries and new whisky is something I’m grateful to have the opportunity to do. Now and then however something comes along that I really enjoy, Lebanese Whisky, certain special limited releases, or when someone does something plain different. Today’s review falls into the final category.

Blended whisky is not something new to the game. You walk into an off licence, into a whisky shop, into a grocery store and you can see them lining the isles. Monkey Shoulder, Famous Grouse, Johnnie Walker are all great examples of this style of whiskies. While often looked down upon by some in the industry, blended whiskies make the baseline that many of us first tried and first started us on our whisky journey. But what is a blended whisky?

The SWA and SWR define Blended Scotch Whisky as “…Blended Scotch Whisky is defined under the SWR as a combination of one or more Single Malt Scotch Whiskies with one or more Single Grain Scotch Whiskies, which accords with traditional practice.” So if I have a malt whisky distilled at say Glenmorangie, and a grain whisky distilled at Cameronbridge, blending the two together results in a blended whisky; a blend of malt and grain whiskies from multiple distilleries. This practise started as a way of ensuring a consistent flavour and feel to the whisky with the original whisky grocers such as the aforementioned Johnnie Walker. In Scotland, blends have been a part of the history and culture for centuries, and while outside of Scotland we cannot call it a Scotch but the principle remains the same, malt from one distillery and grain from another come together to create a blended whisky.

So why do people look down their noses at blends? The marketing myth pushed through that malt, and in particular Single Malt is better has shifted the way that the world perceives whisky, blends should be cheap and are drunk by the masses. If you want for a “proper” whisky then you need to buy Single Malt. After all, it’s what the rich and famous drink. Thankfully in more recent years however we’ve seen a shift away from this ideology towards the idea that any whisky is good, regardless of what’s on the label, though that wrongly labelled stigma still remains, and blends are mainly the province of Scotland.

Enter Starward whisky, New World Distillery. While not labelling this new release as a blended whisky (I have contacted them asking why) it sure seems like one, a blend of malt from one distillery and grain from another. Starward distillery has seen world praise in recent years, for good reason; their product is damn good, approachable and for the most part affordable. However the creation of the Two Fold, a whisky conceived to be more competitively priced and to be drunk not by the “connisieurs” but rather by those new to whisky, was not so simply put into action. Starward is designed as a malt distillery, and as such could not properly create the desired grain that founder David Vitale envisioned.

Here we see where the blending comes in. Unable to distil a grain spirit themselves, or rather unable to distil properly, Starward turned to Manildra Group, a New South Wales grain neutral spirit distillery located north of Nowra. The Manildra group supplies the spirit to many an Australian Gin company, marketing themselves as;

While initially the Manildra Group raised a quizzical eyebrow as the idea, soon they were on board, and produced a wheat distillate that retained the natural light flavour. Once distilled, the wheat distillate is then brought to Starward’s warehouses in Port Melbourne, and transferred to Australian ex-red wine casks that previously contained the likes of Shiraz, Pinot Noir and Cabernets from the surrounding wine regions to mature for an unspecified date. As the Australian regulations are somewhat more lax than the Scottish, this can be a minimum of two years as opposed to the Scottish three.

After maturation the whisky is blended, resulting in 60% Manildra wheat whisky and 40% Starward malt whisky. The key factor we need to look at when discussing this whisky? The price. Sitting at 65 AUD, this is low priced for a whisky, especially one from Australia. This translates quite well with conversion, so around the world you can find bottles quite cheaply (I’m writing this in a bar in Cardiff where the whisky is £3.50 a nip, I’ll pay that), but is it worth it? To find out, let’s have a nose and a drink.

Light, very mellow nose, soft and creamy. Soft peaches and nectarines with dash of cream, a bit of almond milk, some honey and then a touch of berries running strawberry through to blue berry, but not big and confronting flavours.

Palate is again light and fluffy on the mouth feel, starts to turn delightfully creamy with plenty of apples, lemon, orange juice and then the real sweetness starts to come through with golden syrup, raspberries again and then chocolate with goji berries. Oaky cream, smooth with some tropical fruits and just a hint of spice. The malt and wheat are very present as well, with a good biscuit feel coming through.

The finish is again light and more towards the fruity side, tropical pineapple, rockmelon and then some berries before a pinch of nutmeg and cardamom, dropping off into a medium finish but a smooth dive all the way down. The highlight of the whisky is definitely the mouthfeel, just lovely.

I’m curious as to why they have labelled it a double-grain whisky, especially as its won Best Australian Blended Whisky at the World Whisky Awards in 2019, but I’ll be honest, the labelling doesn’t matter nearly as much as the whisky itself. With such a delicate and graceful taste profile the whisky is most definitely something damn well crafted, while being approachable from any direction and also bloody affordable. It represents as well a good change in whisky, while some might sneer at it for being a double-grain, a blended whisky or whatever you want to call it, I challenge those who look down on this whisky to purchase a bottle and give it a taste. You won’t be disappointed.

This review is not sponsored or endorsed by any whisky or distillery, Starward/New World Distillery or otherwise, and is entirely the thoughts and opinions of the author Somewhiskybloke.