I may be self-isolating, but that doesn’t mean I’ll stop drinking and reviewing. Recently I received a few wee samples of distilleries from around the world to keep me sane and nestled amongst them was something I’ve been trying to get my hands on for some time. This World Whisky Wednesday I’m looking at a whisky all the way from New Zealand, The Cardrona Distillery Just Hatched. Oh wow, its my 100th review as well. About time I had a look at something closer to home again.

Family owned and operated, Cardrona Distillery (located between Queenstown and Wanaka on the South Island of New Zealand) all started with Desiree Whitaker, founder and owner. Starting in 2011 Desiree began travelling the world to expand her knowledge and understanding and knowledge of distillation and whisky. Tutored by the late Dave Pickerell of Makers Mark, her trips between the USA and Scotland gave her all she would need to set up her own distillery in New Zealand. Eventually she returned in 2013 to sell her farming business and move to the site of the distillery, Cardrona, where she could build her dream.

Desiree took her time in selecting the site for the new distillery. Cardrona’s picturesque location, along with the constant source of alpine water nearby certainly helped, and within a short span of time all permissions that come with making fantastic drink passed and building began at the start of 2015. Joined by Distiller Sarah Elsom in October of the same year the stills commissioned by Forsyths of Scotland starting flowing, and shortly the first cask was laid down. The distillery was formally opened by Richard Forsyth in January of 2016 (though not before the doors were opened to the public in December the previous year funnily enough), and in late 2018 they released their first bottles of whisky.

It’s a great story, but what’s with the whisky? Luckily for us unlike other distilleries Cardrona don’t shy away from the details, instead preferring to tell you everything and anything you might want to know. Starting with the malt, Cardrona use Laurette barley for their whisky, with the water source of Alvins Well located nearby. Fermentation takes place with Pinnacle yeast (apparently selected by Desiree for the distinct flavour produced) and when it gets to distillation they really haven’t spared any expense, bringing together a pair of Forsyths copper pot stills (one 2000L and one 1300L), with a Jacob Carl continuous column still and finishing still, and a 600L copper gin still. 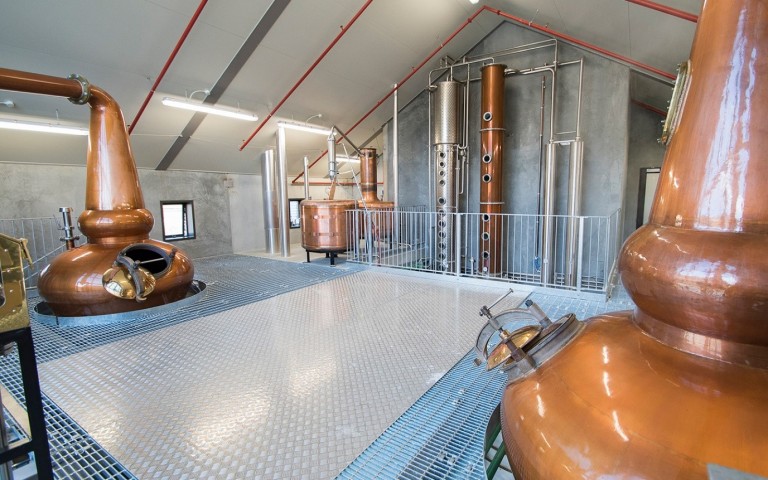 Maturation takes place within oak casks from Spain, the USA and ex-red wine casks from Central Otago in New Zealand itself. 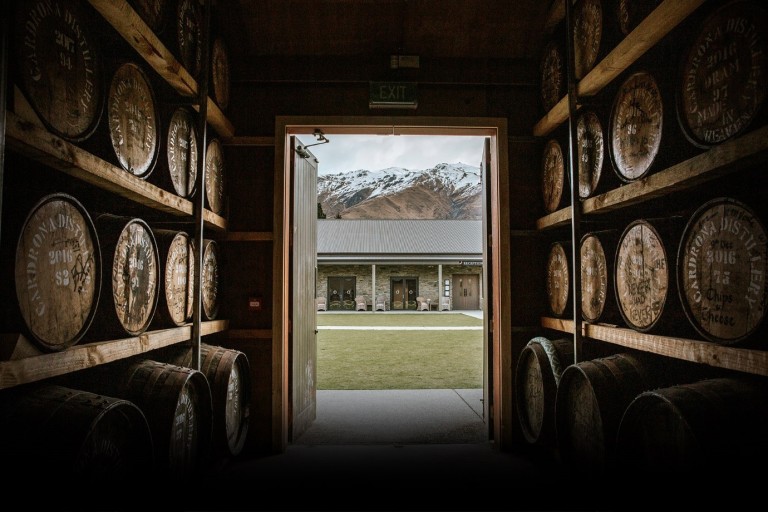 The Just Hatched that I have in front of me while I write is double distilled, matured in ex-bourbon and ex-sherry American Oak casks, the wording leads me to believe that rather than a finish this is a blending of the casks (should anyone from Cardrona be reading this feel free to let me know!) and in honour of a first bottling is bottled at Cask Strength, a whopping 64.4%. Damn it’s good to have some proper strength whisky again. Of course, we can’t judge a whisky by simply its story, so let’s dive into this whisky.

We start with a nose that is a touch wooded, quite oaky for a young drop but with none of the alcohol you would expect of a young cask strength. Fruits of raspberry and rock melon start to ripen and the oak drops away leaving lavender and vanilla in its wake. Strong lemon, and then the perfume hits and the whisky wakes up; poached pears with royal icing, strong rose petals dropped into icing sugar, hot raisin bread slathered with butter, pinot grigio, grass, young green apples, peaches and beautiful gooseberries, a great start.

There’s little to no wood on the palate and its thick and heavy, taking its time to develop with a sticky, oily mouthfeel. Peaches and cream, lemon meringue pie, a sprig of mint in the background, sultanas, cinnamon and a bit of nutmeg before some pineapple and kiwi fruit. It starts to turn citrus-y and grapefruit starts to come through with the lemon, and then everything gets a good dusting of lime zest. A bit of honey gets in there too and hits off against the floral notes from the nose, but its all thick and bursting with flavour, extremely satisfying. It took me a moment after sipping it remember that it’s 64.4%

Lastly the finish is surprisingly long and a real treat, some black pepper coming through along the grapefruit and then getting down to business with pineapple lumps and some boiled sweets. A bit of Turkish delight lingers for a time before a last touch of watermelon juice, and then the dram gets back in its shell waiting to be sipped again.

It’s funny, Cardrona and I have brushed paths multiple times through both of our journeys. In 2015 I was driving from Wanaka to Queenstown as the unfortunate designated driver and caught a glimpse of their doors, though sadly could not return. I sampled their Rose Rabbit Orange Liqueur a few months or so later, just as I was leaving the southern hemisphere on my long-winded journey. Most recently I managed a sample of an experimental expression they showcased at The London Whisky Show, though was sadly working and couldn’t wander past their stand (thanks for bringing that sample over Ning).

This young dram, hitting high on the notes at such a young age, is an extremely promising showcase from Cardrona Distillery. Honestly, the floral flavour and fruits I was getting from it were reminiscent of the Lowlands, and I swear I saw a flash of Rosebank lying in there somewhere. Who knows what will develop as they inch closer to their ten-year-old?

The issue of availability is something over here in Ireland, but they are stocking through some UK off-licences (see Master of Malt for that). Coming onto the price of a bottle, yes, it’s expensive, yes, it’s only 350ml but it’s a first expression from an extremely promising distillery on the other side of the world. I’ve paid more for whiskies I haven’t liked half as much. Do yourself and Cardrona a favour, buy yourself a bottle and drink it. And once we’re all let out of our house again, take a long trip to look at the distillery. When something is this promising you owe it to yourself and them to do so.