‘All revved up with no place to go!’ It’s the third week of self-isolation and I am slowly losing my grip on reality while listening to Meatloaf on repeat. Keeping me sane though is that amber nectar Whisky and World Whisky Wednesday, and I’m again digging into my recent delivery of delectable to find something new. I’m a touch behind the times but as I have all the time in the world to catch up on old whisky and listen to the last few decades of rock, this week I’ve pulled out the recent release from The Lakes Distillery of England, The Whiskymaker’s Reserve No.2.

We’ve had a look at a few English distilleries previously and discussed them in other articles. There’s been a large interest in English Whisky and Distilleries from the Whisky community and the world at large, what with the sheer amount coming online and the diversity between them. So, what sets the Lakes Distillery apart? Named for the Lake District it sits in, The Lakes Distillery is surrounded by the lakes, rivers, forests and greenery of the region. Just next to the Derwent River and close by to Bassenthwaite Lake it certainly is picturesque, and despite its young age the distillery looks like it sat there for over a century. Maybe that’s because it didn’t start out as a distillery. 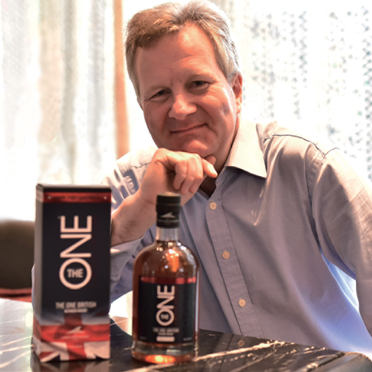 Photo courtesy of The Lakes Distillery

Some people reading this may know the name Paul Currie. Previously of Arran Distillery fame (he and his late father Harold Currie created Arran Distillery) Paul has noted in interviews that the choice of location certainly helped the distillery in more ways than one, giving them a spectacular landscape while also giving them access to the name ‘The Lakes’, a name and location known world-wide for its beauty. When Paul first set eyes upon the location in 2010-2011 it was but an old Victorian model farm from the 1850s that in Pauls own words was needing a lot of work.

Over the years the buildings would be restored as investment into the distillery was found, and the stills (a pair of custom designed McMillan stills for whisky and a smaller still for vodka and gin) were installed in the old buildings in 2014 (Some of you reading however may have noted The Lakes ‘The One’ in stores from 2013, a whisky carrying the distilleries name before building was even completed! That curious little whisky is a blend of British Isles whiskies, a little glimpse into the future while also show casing that whisky can, and does, come from all over).

After this initial beginning, while filling ex-bourbon, sherry and more casks with their spirit, The Lakes Distillery have taken advantage of being unrestricted by SWA regulations and are experimenting with the likes of chestnut, maple wood and acacia to see what could be brought forth by the wood (personally, I’m excited for that). But enough about how they came to be, what’s gone into this dram?

Photo courtesy of The Lakes Distillery. Dhavall Gandhi, Master Blender, Operations Manager. That stare is way his of saying you should drink the whisky.

It’s a bit of a lesson in mad science reading about the creation of this wee dram. Using water from the nearby Derwent River with unpeated malt, The Lakes Distillery use a multitude of different yeasts for a 96-hour fermentation, twice industry standard practise to help bring more flavours and intensity. A slow double distillation follows, giving extra copper contact, before filling in casks. Which exactly? Well, the Whiskymaker’s Reserve Malt is a vatting of Pedro Ximinez Sherry, Ex-bourbon American Oak and Red Wine casks. I don’t have an age statement, but I would want to say somewhere around 5-6 years (if you know, please do tell!), and bottled at cask strength of 60.9%. All this comes courtesy of whisky blender and operations manager Dhavall Gandhi. I’m already aching to sink my teeth in.

Photo courtesy of The Lakes Distillery. Wish I had that bottle….

On the nose it spews out hints of rich cherries, brown sugar left the crisp in an oven. Dried fruits with more than a hint of caramel, heavy vanilla custard and a few fistfuls of potpourri. Honey glazed roast carrots, rock melon, candied sultanas and some thick red grapes with roasted red apples and a steaming rhubarb pie, in a hyphenated word; mouth-watering.

On the first sip I found a sticky spiced cinnamon bun with some grated coconut on top, complete with a dash of nutmeg and then rolled in brown sugar. Taking a bite of the bun I discovered its filled with raisins, red grapes and some lightly scorched figs. After chowing into that I found a tray full of dark chocolate, roasted coffee beans, some black berries and cherries that have all been dipped in honey and slathered in date jam (as in jam made from dates, not what that sounds like euphemistically). Some creme brulee, cranberries and raspberries nicely splashed with cassis finish the palate, all of it a bit heated though with a sense of flavour, not alcohol. All that beautiful cask strength just adds extra thickness and a slightly oily texture.

Its on the finish that I really found the spices adding up, soft ginger candies, a dash of black pepper, a few pinches of nutmeg all coming together to douse the roasted fruit before a nice spread of quince paste. Its builds slowly on a good curve, and is brilliantly prickly on the tongue, the flavours dancing all over the mouth and bringing the whisky to a damn good close.

I try not to speak for everyone and realise I’m subjective, but this is damn good. And for a second (not counting The One as it wasn’t distilled at The Lakes) its head and shoulders better than many other drams of a similar age and shockingly good for a second release. Dhavall and Paul have done a fantastic job here, there’s no doubt about that, but allow me a bit of a segway here for a moment to speak more about what The Lakes Distillery represent.

There’s a lesson to be learnt here that’s very important when regarding distilleries such as The Lakes. For many years, people have spoken about country style, and in the case of Scotland regional variance. That is if you have a whisky from the Speyside region as opposed to the Highlands region, you are expected to be able to decipher the region based off the flavours. Should you have yourself an Irish Whiskey it should taste a certain way, America, Japan, all of these have a country taste that people would tell you makes them that style of whisky. The truth is nowadays you can make almost any ‘country’ or ‘regional’ style of whisky anywhere with the help of the right people (obviously GI’s cannot be on the label but you get the idea). As an example, when Paul and his late father Harold were starting Arran many people debated the style that would come from the whisky. It’s an isle, so some thought smoky similar to Islay, its coastal so perhaps Campbelltown, it sits within the Highland region (though it can be argued that due to its location it resides within the Lowlands) however as Harold was a Speyside distiller he opted for that style of whisky.

And now his son Paul has taken all that experience on board and ventured south of the boarder for a distillery in England, creating something that is unique as far as English whisky is concerned. Countries around the world are creating whisky that follow Scottish traditions in some areas but in others proudly disregarding those in search of new areas, new flavours and relishing the fact that they are unshackled by tradition. What I’m getting at is, does England have a whisky style? If anything, England’s whiskies are defined by their innovation and diversity more than anything else, the difference between a whisky from The Lakes, Bimber, TOAD or The English Whisky Company is much more than the distance between them. It’s important to note these differences so we don’t get bogged down in the tradition of labelling these World Whiskies as being in the style of the country of their origin. Better rather to open up any bottles you have, try them all, and ask yourself if they taste how you would expect. So, when someone next asks you what the English whisky style is, perhaps it’s better to respond, ‘Which One?’

This review is not sponsored or endorsed by any whisky or distillery, The Lakes Distillery or otherwise, and is entirely the thoughts and opinions of the author Somewhiskybloke.