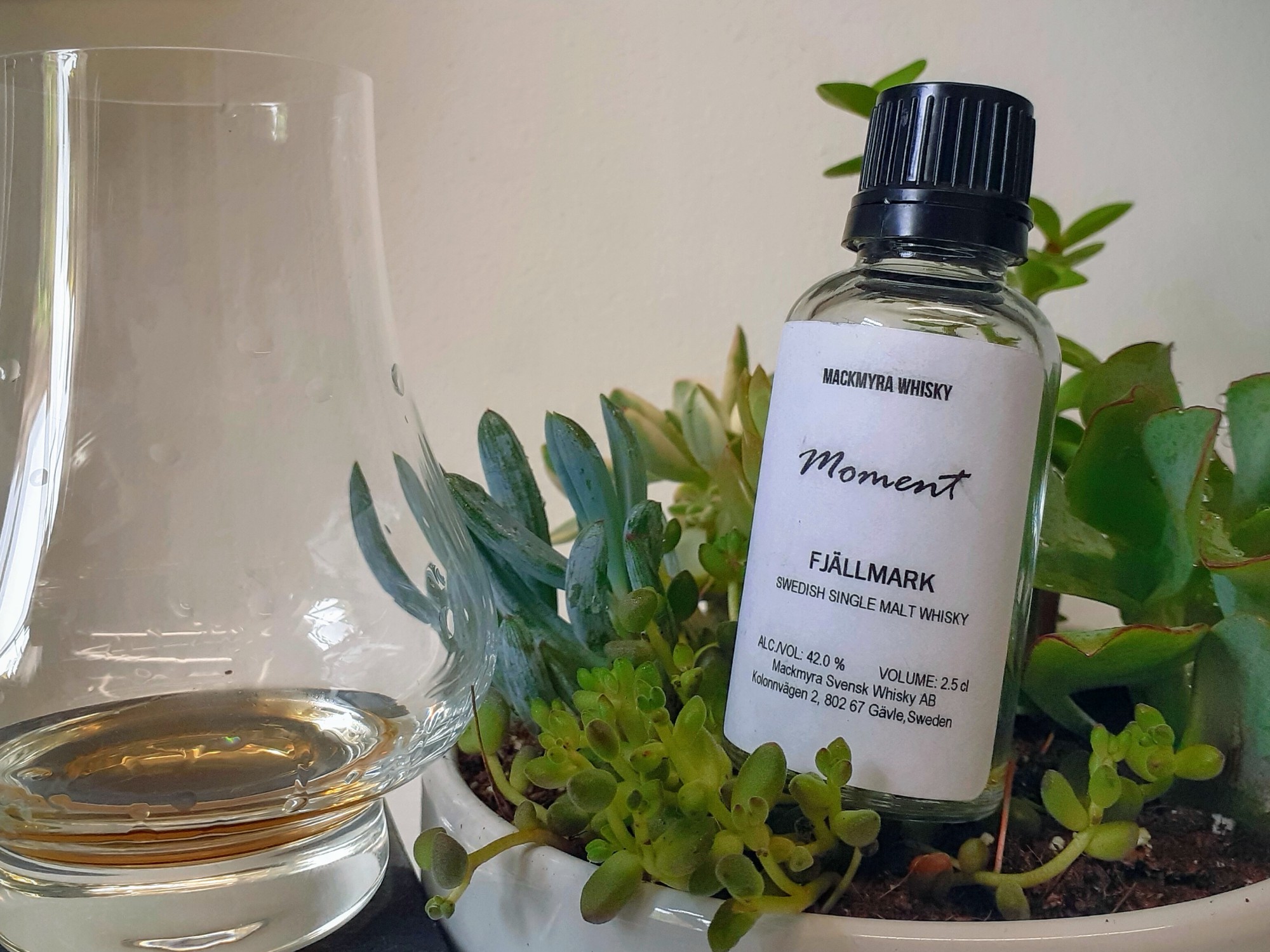 It’s all one day at the time right now. Today I am writing this sitting at a small bar, giving a local business my money and doing my best to stay safe in a corner, wearing a mask to and from, supporting local, tomorrow circumstances might change and we may head back into lockdown, self-isolating in a small room trying to keep the madness at bay. What was I doing? Oh yes, whisky.

The whisky world is exploding at the moment, every moment there’s a new festival announced, every day there’s a new release, every week there’s a new distillery. Arguably the first large virtual festival happened a few weeks ago, the Summerton Whisky Festival. If you didn’t attend, it was quite something, an experiment into what would become the norm for all the moments, days, weeks and more ahead of us. While I enjoyed my whisky I didn’t finish everything, and kept a sample here and there for a sneaky review. Today’s World Whisky Wednesday focuses on a small moment where I sipped a whisky and was enthralled by it. Today I am looking at the Mackmyra Moment, Fjallmark.

Sweden has a curious history with whisky. While many assume that the amber liquid is a recent phenomenon, we have evidence showing that whisky distillation and production in Sweden first occurred in 1889, with Goteborgs Jastfabrikenaktiebolag (Yeast Factory) in Gothenburg. While this was small, distillation would continue in this small manner until Vin & Spirit purchased the old stills from Bladnoch distillery in Scotland in 1955 and would become a mass producer of Skeppets Whisky.

Distillation would continue through Sweden and Scotch whisky would become a part of the drinking diet, with single malt scotch accounting for over 30% of all whisky consumed in the country. This love of the product would manifest itself through the likes of the Gothenburg festival, Stockholm’s multiple festivals, and other festivals running through the country (reportedly Sweden has more whisky festivals than any other country) as well as over 230 whisky clubs registered with the Swedish Whisky Organisation. Oh, and they make plenty of their own whisky nowadays too.

Mackmyra has its roots in a Swedish winter resort in 1998. A troupe of eight friends, originally meeting when studying engineering and making a yearly trip to meet in Salen each year, met for a ski trip and began to notice that each of them had brought a bottle of whisky with them. As these trips all eventually turn, discussion of making their own Swedish whisky began. Mackmyra Svensk Whisky was formed the following year, and the Mackmyra distillery was built at  the site of an old mill and power station in Mackmyra village, with production beginning in October. Since then Mackmyra have been a powerhouse in the whisky world, challenging perceptions about origin of spirit and experimenting the entire way, including with the production of Mackmyras second distillery in 2011, hailed as the world’s most climate-smart distillery (whisky distillation would move to this site, while the original site renamed to Lab Distillery is used for gin production). And its all those little moments of conversation fuelled by whisky that led to this, Mackmyra Moment.

The Mackmyra Moment series is the brainchild (taste child? Nose child?) of Master Blender Angela D’Orazio. During her regular tasting of the Mackmyra maturing stock casks will pop up that hold something special, and her long dream was to produce something special from these special casks. These exclusive bottlings are the result of that, each handpicked by Angela D’Orazioto showcase variety and excellence in the whisky range, first released in December 2010. As they function as either single cask or limited cask releases, the Moment series often has a low bottle count, though the sheer number of casks Mackmyra has available means that you will can find yourself a bottle from the Moment series in most whisky shops.

The bottle in question today is the Fjallmark. As Mackmyra have a wonderful habit of making as much information possible for the whisky nerds of the world, we can grab the following information.

With the youngest cask aged for 8 years and the oldest having aged for 13, the Fjallmark is a testament to experimentation and doing things differently. The cloudberry wine mentioned is the product of fermenting wine from cloud berries, a practise which dates back centuries, and results in a sweet flavoured dessert wine, while also being used a flavouring in akvavit.

The Smoke tail mentioned refers to Mackmyra running the first 1 to 3 unpeated washes through the stills following a clean after a peated wash run, while they are cleaned Mackmyras innovative smoking technique can leave residual smoke. Let me explain that.

Utilising peat dug from the nearby Karinmossen (Karin Bog), Mackmyra throw some more Swedish-ness in there by adding some fresh cut juniper twigs. While smoking, the peat stove is refilled every four hours with fresh peat and fresh juniper twigs, heavy work over twelve days but results in a malt that sits around 60ppm. Mackmyras new make spirit is distilled with 23% peated (or ‘smoked’ as they call it) malt.

With all these additions, its not hard to see why Mackmyra is a first pick for many whisky nerds, in some ways replacing Scotch whisky in its innovation.

It has taken many moments to write all the above information, and all the while the whisky has been calling to me. As has been previously stated, a whiskies story is interesting but it’s the taste that seals the deal, so lets tune in to the glass and see what we have.

It opens up with a tendril of smoke gracing the nostril, a fire built of soft floral peat, wood and brown sugar. Atop this fire we find a tray of cinnamon rolls, filled with all many of apricot, ginger, white peaches and milk chocolate, lovingly warm and still sticky. The sweet train continues with some boiled cherry hard sweets, some marzipan, gobstoppers, apple bonbons and toffee apple sweets. After that we find the drinks tray full of sweet dessert wine, sauternes and brandy, brilliantly warm, oily and thick.

The palate starts with a smoky fire built of juniper branches and pine heaped after Christmas and roaring ablaze. The spice returns with ginger nut biscuits and a hint of brine. Pears, pineapple, grapefruit slices, all the fruit tinned in some salt water. After that we find some salt water taffey and some cherries that have soaked in sherry and cognac, bringing through some thick tobacco leaves, a good hint of cinnamon and ginger bread before finishing with some grapefruit and blood orange juice. The finish is damn long and keeps the citrus and spice all the while, lovely and compelling.

I really enjoyed this whisky. It was different, it was compelling, interesting, unexpected, and it didn’t let up at any moment that I was enjoying it. Moving through the glass was an experience and one that I was sad to see finished so soon. Master Blender Angela D’Orazio has made something truly special with this whisky, and if this whisky is anything to judge her moments range then she has made something truly special. Slainte Angela, I am sorry I didn’t have more of your whisky. I guess that will be something to search for tomorrow.

2 thoughts on “Living in the Moment – Mackmyra Moment Fjallmark”