I told myself that when I hit a 10K view milestone I’d do an Aussie whisky, so I have been looking forward to this one. Wednesday are my favourite day of the week where I deep dive into a whisky from around the world outside of the big five and as I hit 10K views yesterday here we go. How did I get this opportunity? Well, the good folks at L Mulligan Whiskey Shop in Dublin, Ireland asked me to present an Australian side of their most recent tasting.

That’s not me, I’m the bloke in the hat that had connection issues.

To be honest that’s kind of my dream. Talking, tasting, teaching and selling Australian whisky in the UK has been numero uno on my bucket list since I got into whisky, that’s ten years ago and I finally got my chance. I think it went great, and I even got to show off this brilliant map of Australia I drew.

That would be me with my brilliant map. Sharks, crocs, politicians and whisky. I like three of those things.

Distillation was first legalised by the Aussie government in 1820, with the first legal distillery being the Sorell distillery in Tasmania founded by Thomas Haigh Midwood in 1822 (note this was 2 years before Glenlivet and 3 years before Midleton). By the 1830’s about 30 distilleries were operated in Tassie, though in 1838 Bad Frankie (Governor John Franklin as he is called in writing) and his wife Lady Jane didn’t like folk having a good time and instituted a form of prohibition in Tasmania, closing the curtain on Tasmanian distilling for 154 years, shifting the scene to Victoria.

In 1888 the Federal distillery was opened in Port Melbourne, and would quickly become one of the world’s largest distilleries, reportedly the 3rd largest at the time. At the end of the 19th century it was producing 1.1 million litres of spirit annually, and shortly into the 20th century that had turned to 4 million litres of spirit a year. During this time that the distillation act of 1901 came into play, requiring distilleries to have a primary wash still of no less than 2700 litres, taking the fun away and only letting the big boys play.

The Federal distillery wasn’t alone, with the likes of The Warrenheip distillery, Henry Brind and Co and Corio distilleries to name a few. Australians have long been known to like a drink, and in the early 20th century Australia was a huge market for export whisky. Thanks to local tariffs and taxes imported Irish and Scotch whisky were much more expensive than local whiskies, roughly 40%, and thanks to well-made blends it is known the product tasted better too. It was then quite unfortunate that Distillers Company of Edinburgh (what would one day become Diageo) and Gilbeys of London began acquiring existing distilleries within the country and opening their own.

In the mid-20th century almost all whisky distillation through Australia was controlled by British companies, who began shifting the focus away from quality blends, using cheaper materials for production and began to produce lesser quality whisky all while raising the price. The protectionist tariffs that had kept the price of imports high was removed in 1960, while excise tax rates were significantly increased, dropping the price of imported whiskies, raising the cost of the local stuff and resulting in a severe drop in demand for Australian made whisky.

By the 80s the large distilleries had shut down, and thanks to the distillation act of 1901 licences could not be issued for distilleries with a primary wash still with a capacity less than 2700 litres. All the old distilleries would close.

So that brings us on to the new age, what Australian whisky is most well known for. In 1990 Bill Lark, often referred to as the godfather of Australian whisky, sat drinking a dram. Wonder why no one was making whisky in Australia any more, he spoke to his local MP and was informed of the 1901 distillation act. Remember how Australians like to drink? That MP was a whisky lover as well, and the question began to run up a chain of whisky loving Australian MPs, until Bill could lobby the government to have the act amended, resulting in the current era of Australian whisky. Bills wife Lynn bought him a pot still to celebrate; a 4 litre pot still from a nearby antique store (people looking to buy me a gift, take note).

To see how much the industry has grown, since 1990 we’ve seen the opening of almost 300 distilleries throughout Australia, almost all craft, independent boutique distilleries. Many of these produce a tiny amount of whisky each year and really are just blokes and sheila’s in tin sheds making whisky, but it’s starting to crawling back.

The last thing to chat about before we head into the whisky is the Aussie regulations. Unlike Ireland and Scotland Australia has no regulatory body, not really. There is a loose association of distillers that make guidelines and suggestions, but the entirety of the Australian distilling regulations can be found in about 3 pages. These 3 pages hold the legal definitions of Brandy, Rum and Whisky. Based off the excise act of 1901, they can be compressed to

Its due to this that Australian whisky has so much variety and ability for change. Not subject to a governing body the category grows in leaps and bounds, and keeps growing day by day.

That brings us neatly onto Limeburners. Founded by Cameron Syme and under the Great Southern Distilling Company brand, Limeburners hails from the south west of Australia in Albany. 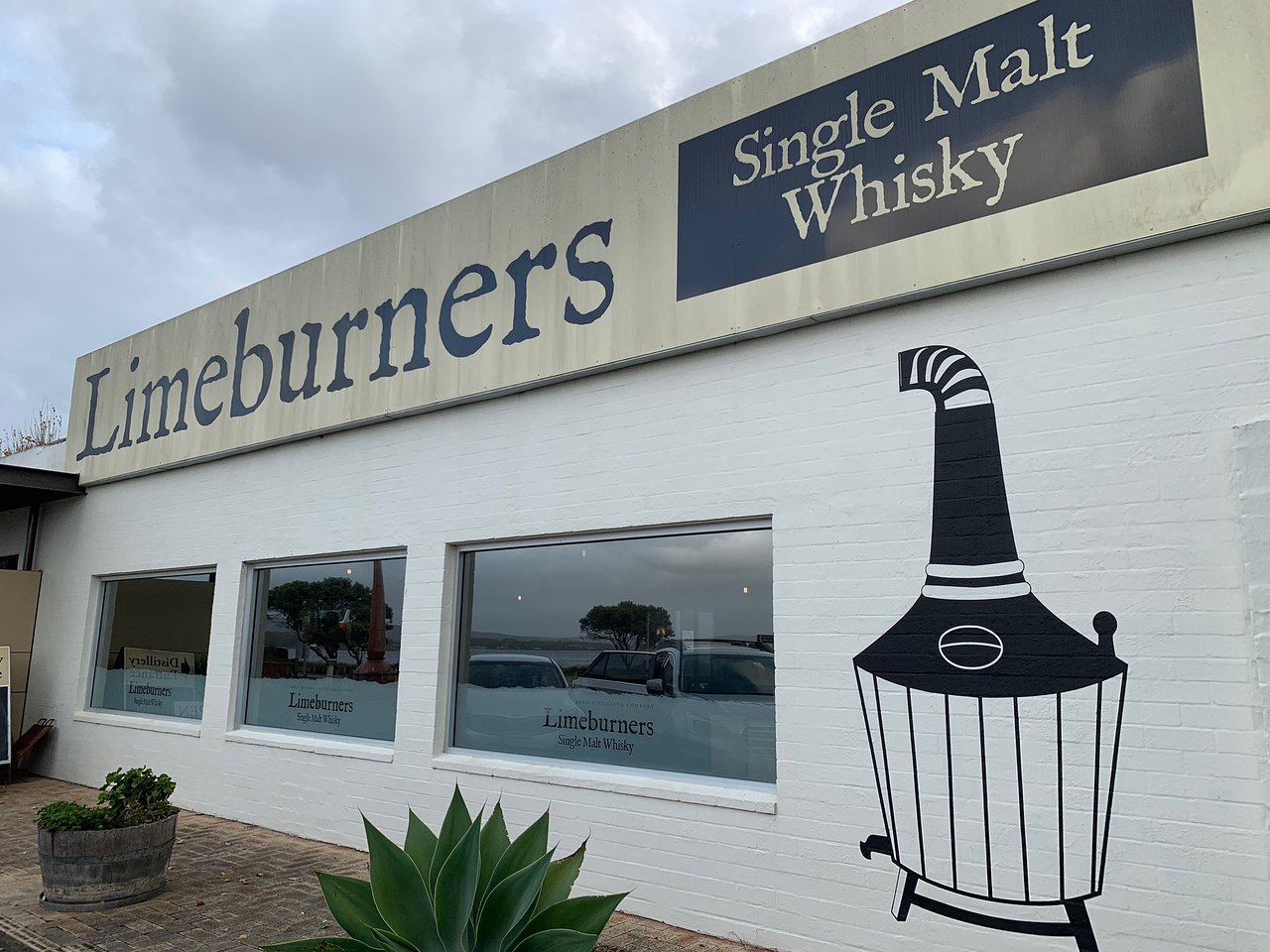 Burning lime and doing it fine. Damn, that doesn’t rhyme.

The original distillery was built in Albany in 2004 with production beginning the following year. In 2007 the distillery moved to the custom built Limeburners distillery (named for the nearby Limeburners creek where settlers made mortar in lime burning kilns) with a visitors centre just off Princess Royal Harbour. While this distillery focuses now on the Limeburners line, Great Southern and Syme opened the gin focused Margaret River Distillery in 2015, and the Porongorup Mountain Range Distillery in 2016 which produces the Tiger Snake Sour Mash and Dugite Whisky.

So Great southern have a host of whiskies on offer, it’s the Limeburners we’re looking at tonight. Made with local Southern Wheat Belt Barley, malted at Balston Maltings in Perth, the whisky is double distilled and matured in second fill bourbon before a finish in first fill Australian sherry casks. It’s important to note that as these casks are on high rotation, the effect on the colour with these whiskies in particular varies incredibly. You might get one that’s light gold one day and cherry red the next, as standardising the colour is not on the agenda.

For the production water Limeburners use water from nearby limestone aquifers, bottling there whisky with filtered rainwater. That gives the whisky predominately hard water with a small amount of soft, giving the Limeburners a curious taste. Age wise we’re looking between 3-9 years, and Limeburners have previously stated they don’t believe in age statements. What does this concoction of various waters, different barrels and the harsh Western Australian sun and a disbelief in age statements do to the whisky? Lets open the sample and find out.

It all starts with a gust of hot wind, blowing spice and bruised stone fruits into the nose. Cinnamon, cayenne pepper, peaches, nectarines, apricots, squishy mango and guava is what we’re talking about, and a dash of elderflower does a lot to break it all up. Next it starts getting floral, as the lavender and rose comes out to play, and then some musty wine scents of soft cherries and coffee beans with a bowl of salted peanuts. There’s some smoke on the horizon as well, and a hint of raisin/sultana toast coming with. It’s the backing of elderflower that keeps coming up however, and starts to move into sweet desert wine territory, the nose starting dry and then getting sticky.

And then its sweet on the palate. The first drop shows promises of toffee apples, raspberry and apple bonbons, sticky apricots and grilled stone fruits, that mango coming back with force and dripping through the mouth. Freshly dropped plums off the tree, dark raisins, and then the sugary sweetness hits. Brown sugar, thick molasses, cassis, damn that’s full of flavour. The heat behind the dram is nice and fiery, the thick wind of the red desert wrapping everything together. A drop of water does help calm the palate at first, but after sitting it turns it wooden and tannic. The finish is nice and long and has sugared raisins and plums dropping all over the place, while it may not be the most consistent whisky it have flavour in droves.

I always love being able to share an interesting whisky with readers, and I particularly love when that whisky comes from Australia. The country has so much whisky to offer, and something such as Limeburners barely scratches the surface. Is it the best whisky in the world? No. Is it the best whisky in Australia? Not at all, but it is a damn fine whisky that will surely change how you think about Australian whisky, and hopefully how you judge a country, grab yourself a bottle if you can. Cheers everyone, I think I’ll pour myself another whisky.

This review was only possible with a sample from the fantastic folk at L Mulligan Whiskey Shop, if you want to join in on their tastings you can see whats going on here.

If you want to learn more about Limeburners distillery you can click here, and view their whiskies by clicking here.

This review is not sponsored or endorsed by any whisky or distillery, Limeburners, Great Southern Distilling Company or otherwise, and is entirely the thoughts and opinions of the authors Somewhiskybloke.

4 thoughts on “Burning lime in a glass – Limeburners Sherry Cask”