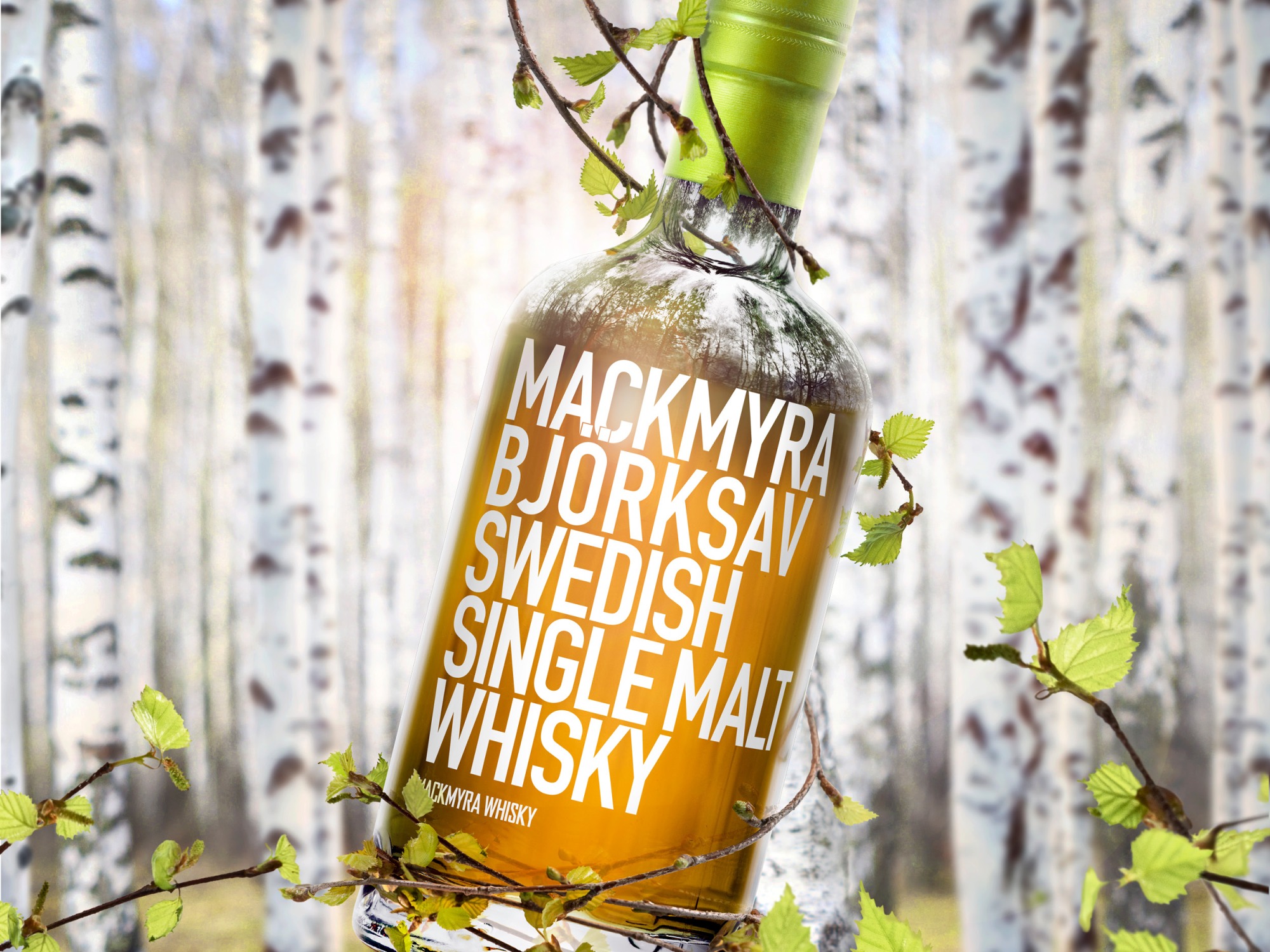 This review has been completed with a sampled provided by Mackmyra, this is no way altered the review or opinion of the whisky.

I moved recently, all the way across the world back to Australia. I guess that’s what this time of year is, a season of change, a time in which my life is undergoing significant changes. Seasons vary through the year, each different wind bringing something new, and a seasonal change brought something new to my door, something exciting, something special, something I always enjoy looking forward to, experiencing and discussing. This season bought us a new Mackmyra, and this World Whisky Wednesday I’m looking at the Mackmyra Bjorksav. Somewhiskylass, this review is for you.

I have heard complaints about Mackmyra previously, and that’s not surprising. If you produce something people are going to critique it, no matter what it is, and Mackmyra is no different. The main difference is that the critiques of Mackmyra tend to focus not on any failings of their whisky but rather on their limited runs, ie the production amount. Mackmyra are a leader of new, interesting and diverse releases, and the problem most people seem to have is that with such a large amount of product released you will inevitable miss out on some bottles. Is that a bad thing? Not really, it’s the complaint of too much whisky, too much of a good thing. And oh me oh my, does Mackmyra make good things.

For those who don’t know, Mackmyra release seasonal variants twice a year. Crossed with their limited editions and special releases you’ve more whisky than you can shake a shoggle at, and their most recent edition continues their history of diversity, craft and change. The Bjorksav is anything but ordinary.

Bjorksav means Birch Sap, this whisky having been partially matured in casks that previously contained Swedish birch sap wine from Grythyttan Vin. Along with that there’s twists and turns of ex-Bourbon, ex-Oloroso and Swedish Oak casks giving the whisky all manner of different influences. The whisky was officially launched on the 4th of March, and a special live tasting with Angela D’Orazio took place on Youtube on the 10th of March.

I would have been there but unfortunately I was hurtling around the earth at a high speed.

Of course me telling you what goes into the whisky is one thing, but as I’ve mentioned time and time again Mackmyra are happy to tell you everything and anything regarding their products, so a product sheet for the Bjorksav has made its way into the light.

You’ve got types of casks and sizes. You’ve got a percentile breakdown of how much of each was used. Really the only thing missing is how long the whisky was within each cask, and that annoying little bit mentioning other types of seasoned casks, but the weirdest thing is that those complaints only register as this is Mackmyra, transparent to a fault. If and when any other brands publish product information sheets like this it is met with amazement, and with Mackmyra it’s an annoyance as we’re used to knowing everything about them. In the end, I can’t find any fault with the production, maturation and visibility that surrounds this whisky, instead the entire thing should be applauded.

Having said that, until this point we’ve only spoken about what surrounds the whisky, the information and knowledge. What the whisky actually is, how it tastes, still has to be discovered. So let’s pour our sample and find out how much birch is in the bottle.

The nose begins with sharp lime and marzipan, toffee apple and Wonka toffee apple chews (those little strips you used to buy from the corner shop as a kid). It has a very floral appeal, little hints of rosewater with more and more lavender and some sourgrass as a tart edge on the ultimately sweet nose. There’s racks of spice here, cinnamon, cedar, pepper and a light touch of aniseed. Giving the whisky time to breathe makes it sticky, with cherry wine, strawberry and raspberry jam and maple syrup all spilling out everywhere, then onto mown summer grass and hay. At its core is this rich fruit pie of apple, pear and guava with caramelised lemon over the top. It’s just sweetness in a nose.

The first sip cuts through with a contrast, where the nose is all sugar, spice and everything nice the palate is sharp, tart and…. Well still everything nice, but it leans towards the citrus. Tangy lemon tart, citrus and mint jelly, key lime pie, home made lemon squash, it all comes together in a fascinating melody of different citrus tastes. Some type of lemon juice infused ginger bread house lies in there, lightly tickling the edges of the senses. As the palate adjusts the different layers emerge, spice of pepper, allspice and nutmeg coming through, then the sweetness which while similar to the nose with vanilla fudge, apples, pears and sticky wine it’s undeniably an afterthought to the citrus of the palate. As a whisky that multi-tiered level of flavours works in its favour as it allows the palate to gradually find and explore new things, and then BAM, there’s a homemade lemon tart covered with cinnamon and lime rind infused meringue and we start the process all over again.

The finish is still citrus dominant, long lasting lemon squash comes first before sourgrass reappears, maple syrup and canned pears making an appearance with a slightly metallic ring on the back end, as though the pears had been canned for quite some time. Personally I’m a huge fan, and it all dips away softly with fruit sweetness, citric tartness and floral appeal.

This isn’t my favourite Mackmyra, I think the Intelligens takes that due to the taste but also the step forward that signalled for whisky. Having said that I think this is one of the best whiskies Mackmyra has produced. Mainly that’s down to flavour, making a whisky work over different tiers is difficult and yet the Bjorksav showcases a simplicity and elegance to those levels that is often lost and forgotten in whisky today.

The contrast of the sweet and sour works wonders too without even a mention of the interplaying spice. Some of the most difficult pairings are contrasting pairings and yet with this Mackmyra display that level of attitude that we have come to expect from them, all too easily delivering a complex multi-tier flavoured whisky with flavours ranging from the most basic to the most diverse and esoteric. This is a brilliant whisky in its flavour, its delivery, its production and transparency. This is a brilliant whisky.

So would I buy a bottle? Most definitely, and I would urge everyone reading this review to buy a bottle of their own. This is one of those small, potentially overlooked whiskies that should be staple in everyone’s collection, as it is pretty much a guide on how to deliver a brilliantly executed whisky. Damn that is mighty tasty.

If you would like to learn more about Mackmyra, click here to discover their story, and here to see their range of whiskies.

This review is not sponsored or endorsed by any distillery, Mackmyra or otherwise, and is entirely the words of the author Somewhiskybloke.