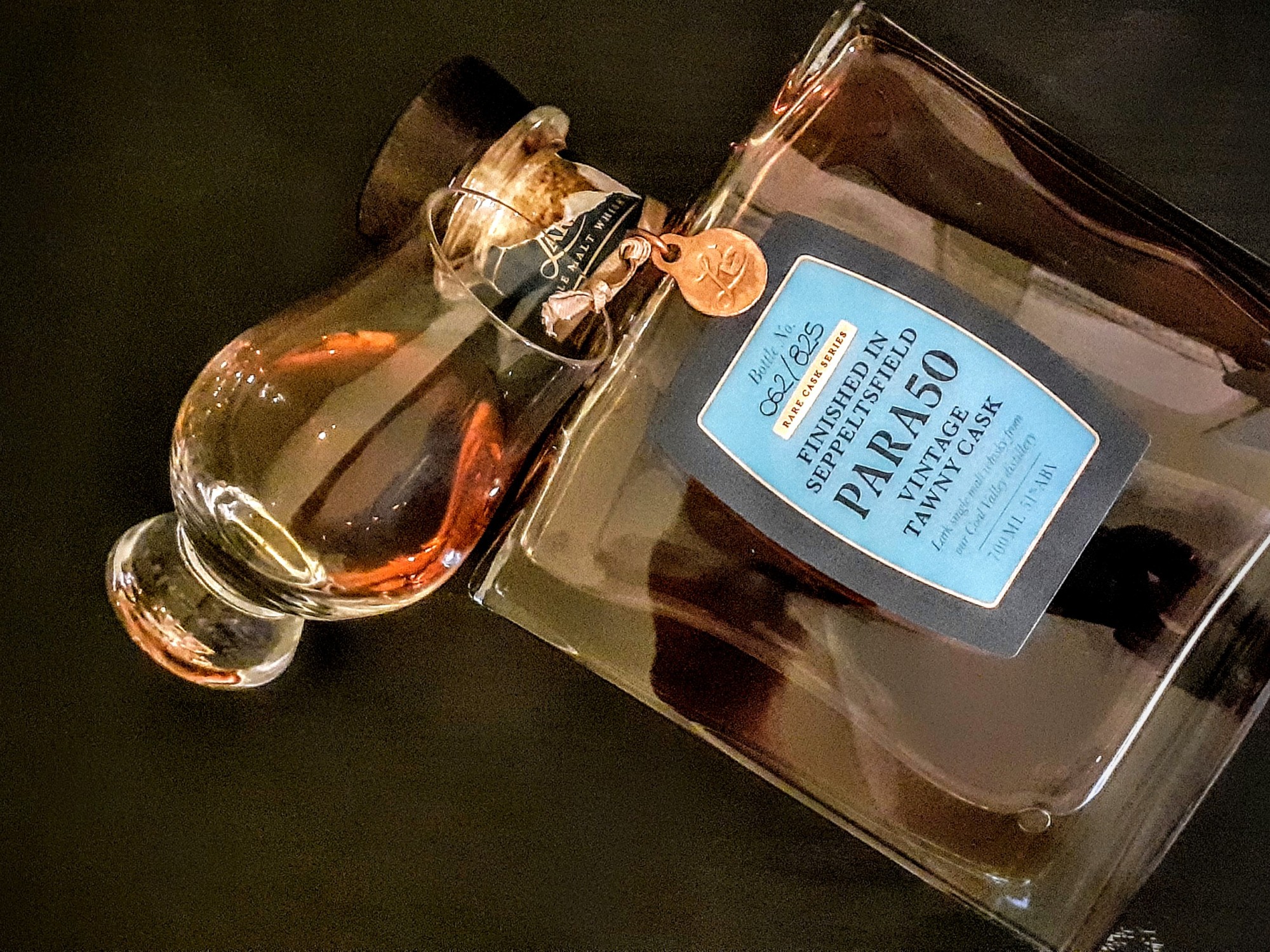 It’s been awhile, I know. Moving country, then state, then house, starting a new job, working my way through that, it’s been an arduous journey. I am also aware that I’ve made this same excuse before but I have been busy, and as far as I know no one is paying to read this site. If you are, stop now, I don’t do this for money. I do it for the love of whisky. Seriously though if somehow you’re paying to read this then you deserve your money back.

What the time off has given me time to do is think, think about the whiskies I’ve tried, the whiskies I’ve enjoyed, the ones I’ve not enjoyed, and judge the riding cost of whisky. And yeah, the cost of whisky is rising. New releases, limited editions, rare casks, first editions, auctions, secondary market and of course good old fashioned inflation seems to be making the average cost of whisky rise. For every affordable whisky release there are a slew of overpriced, over hyped creations that empty the wallet and do little for the palate. Oh wait, this isn’t a rant, this is World Whisky Day. Today we’re looking at the Lark Rare Cask Series Para50.

I have a soft spot for Lark. The whisky has always maintained a level of quality that has justified the expensive price tag, and while that can’t be said for all whiskies I think it holds true for many Australian bottles. After all the excise and tax that goes into that cost makes it somewhat out of reach of the average consumer but they are, in general, worth the money you pay for them, Lark specifically.

So imagine the surprise of the whisky world when Lark announced this bottling, the first in the Rare Cask Series. It is not to the level that other companies around the world have surpassed, but here we have a somewhat affordable whisky company releasing what is most definitely not an affordable bottle. When initially released they were just over half a grand Australian, and glancing around the internet shows that secondary sales are running anywhere from the original price to twice that, making this seem more an investment than a drink. I’ve no idea what a bottle may have or will go for on auction, I try and stay away from those.

So what are you getting for that price tag that could be a months rent in some places? Well you get a damn amazing looking box. Inside sits a very happy looking bottle of whisky, one of only 825, and around its neck is a Lark copper medallion, made from a decommissioned Lark still. A handy little booklet to guide you through the whisky, which is apparently ‘The Pinnacle Of Lark Single Malt Whisky, World’s Rarest Casks’.

As for the liquid inside we can assume that it is…. Maybe teen years? That’s a guess as we don’t have an age, and while that is not an indicator of quality it is nice to see a number when you pay a large sum of money. We know for a fact that it is a single malt, that it is 51% and that it was finished in 50-year-old casks that once held Seppeltsfield Para Vintage Tawny, which is odd to state the age of the barrel the whisky was finished in (we are not told the original barrel/s) while not stating the age of the whisky.

And of course we have something that a few whisky companies are now doing, a miniature alongside it. With each bottle of the Para50 (those bought from the distillery at least, I can’t speak for the secondary market) comes a 100ml bottle of the stuff, ‘For those who may want to keep their 700ml PARA50 unopened, a complimentary 100ml bottle is included with your purchase’.

And we get a promise of more to come too with ‘Begin your collection of Lark Rare Cask Releases’. By time of writing the PARA100 has been announced and released, a whisky finished in 100 year old casks that also held Seppeltsfield Para Vintage Tawny. The Rare Cask Series continues, and will undoubtably continue further.

So I drank my little bottle, enjoyed it, and decided to crack open the big one to spend some time with the whisky. Let’s have a taste and dive in.

It’s that lush, thick nose that I’ve come to associate with Lark, rich sultanas, touches of burnt leather, brown sugar and covering some cinnamon. The port influence comes through quite heavily and it continues with bruised blackberries, dark chocolate, an edge of burnt gum, and leads into some prickly, somewhat mossy sulphur dioxide with melted caramel fudge and fried stone fruits.

Oh it hits big and heavy on the palate, this is intensely sluggish in the mouth, a whole treacle-ish affair that still manages prickly hints. Sun blasted strawberries on a hot summers day, biting into them and this whisky is a real treat. There’s plum, blackberry, blackcurrant, gooseberry, raspberry and figs all crushed together into a jam, it’s slightly sour on the back end for some reason and there’s tannins in there that strip through the nice treacle coating mouthfeel, it doesn’t dig into the palate but it wakes you up. Scones with jam and cream, it does turn to be fluffy in a thick way, fairy floss and cherry candies.

The finish is not as long as I would like, the weight of the flavours drags it down a tad. Warm apple pie, singed cherries, cordite and cocoa.

I have mixed feelings about this whisky. For starters, I think it’s one of the best Lark’s I’ve had. I miss the old days that seemed to have held more experimentation, more risk with greater reward but that could be nostalgia talking. With all that said this is a very nice whisky. Not the best I’ve ever had, no, but far from the worst. The flavours are complex enough that I want to go back for more and explore it, take my time with it, despite that fact that it is getting late, and I am intrigued to know more about the make up of the whisky, but that is where the problems start arising.

Lark has recently released a 19 year old whisky, and if they had that in stock and could give it an age statement surely they could have afforded to give this an age statement? It’s a gripe that means little, a whisky should be judged by what’s on the inside and not the out, but for the amount of money you pay for a bottle of this you get very little information in return. The knowledge that it was FINISHED in a 50 year old cask is interesting, but the emphasis seems to be more on the casks and what went into maturing the whisky, rather than on the whisky itself.

My biggest complaint however would be the miniature. When buying a bottle of whisky I want to open it, share it with friends, hear their thoughts and opinions over a dram. Having the 100ml seems nice in practise but it feels more as though someone will pay 550 AUD or more for a 100ml bottle, keep the 700ml and then sell it in a few years in a Lark Rare Cask Series Collection, and to me that defeats the purpose of buying a bottle of whisky. To each their own, yes, but buying this felt less like buying a whisky and more like buying something to try now, sell later, almost a stock option or investment, and that’s just not whisky to me.

Would I buy a bottle again? Not for that price. I stand by what I said, the whisky is extremely tasty and worth considering, at the start I mentioned whiskies that empty the wallet while doing nothing for the palate and let’s be clear, this is a VERY TASTY WHISKY, but not for that price. Would I buy a dram? That’s completely dependent on the price of the dram, but likely I would. And I think that’s what you should take on board, with this release and I imagine with the next releases, of which the PARA100 had a starting price of… wow, 1000 AUD. Don’t buy a bottle of this, unless you have the means to do so easily and you mean to share it with your friends. Whisky is made to be drunk, and best enjoyed when shared. That’s something you can’t put a price on.

Can’t put a price on that.

If you would like to learn more about Lark, click here to discover their story, and here to see their range of whiskies.

This review is not sponsored or endorsed by any distillery, Lark or otherwise, and is entirely the words of the author Somewhiskybloke.